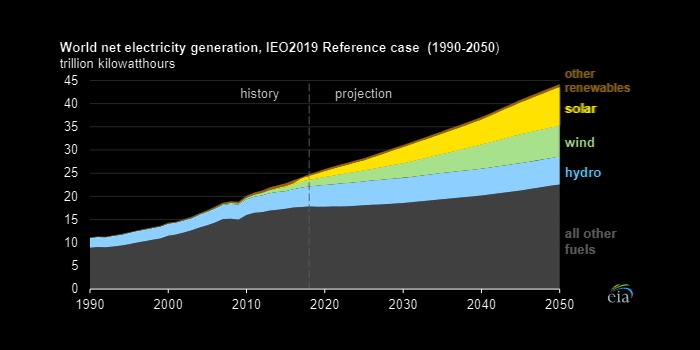 U.S. EIA - In 2018, 28% of global electricity was generated from renewable energy sources, most (96%) of which was produced from hydropower, wind, and solar technologies. In its International Energy Outlook 2019 (IEO2019), the U.S. Energy Information Administration (EIA) projects that renewables will collectively increase to 49% of global electricity generation by 2050. Of the top three renewable sources, EIA expects solar's share of generation to grow the fastest and hydroelectric's share to grow the slowest. 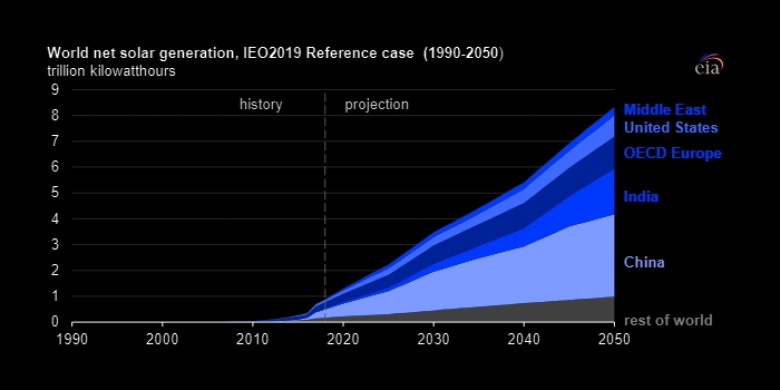 Resource availability, renewable policies, regional load growth, and declining technology costs drive EIA's projected increase in global electricity generation from solar technologies. As more solar power systems have been installed, installation costs have experienced the steepest cost declines of all renewable technologies in recent years, and EIA expects that they will continue to decline as a result of learning-by-doing effects.

EIA projects that China is the country that will see the most growth in solar generation because of its growing demand for electricity, favorable government policies, and competitive technology costs. Growth in solar generation is also strong in India, European countries in the Organization for Economic Cooperation and Development (OECD), and the United States—each of which have near-term renewable policies in place. IEO2019 Reference case projections for the United States are consistent with those in the Annual Energy Outlook 2019 Reference case. 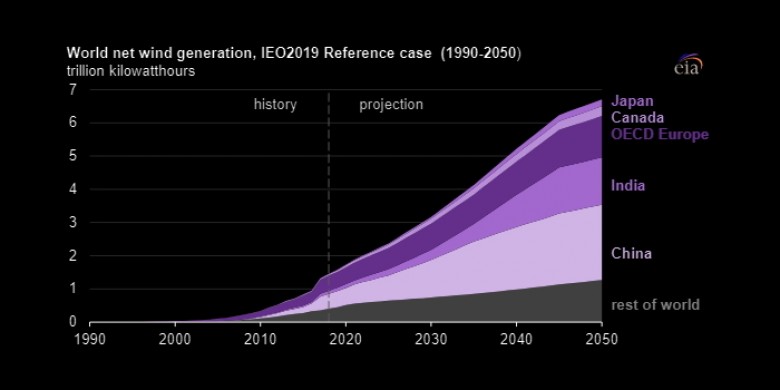 Wind power is still a relatively new technology, and the declining capital costs it experiences as a result of learning-by-doing effects are not as steep as solar technologies. Wind technology adoption has significant growth potential, however, because many wind resource areas around the world are not yet developed.

Similar to solar power, EIA forecasts that near-term renewable policies in India and OECD Europe will lead to wind generation growth in those areas. In China, wind is among the many sources meeting the country's increasing demand for electricity. 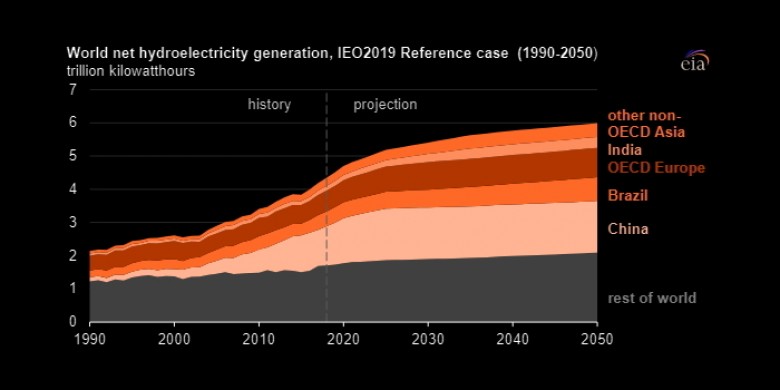 Hydroelectricity was the predominant global renewable electricity generation source in 2018, but EIA expects relatively little growth in hydroelectric generation through 2050. Hydroelectricity is a mature technology, established in the nineteenth century, so many of the best sites for hydropower plants have already been developed. New hydro plants are not being built as rapidly as other renewable technologies because construction of new hydroelectric plants is relatively disruptive and capital intensive. The regions that EIA forecasts will have the greatest growth in hydroelectric generation in 2050 are areas such as China, Brazil, and OECD Europe, which tend to have extensive and accessible hydropower resources. 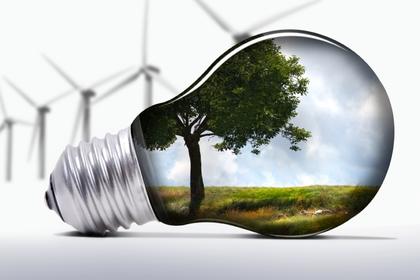 ENERGY CHANGES CLIMATE
These three levers, each with their own potential to disrupt the market and offer new growth opportunities to the companies that leverage them, are often discussed in the energy industry: Digital technology, climate change, and dealing with risk
English 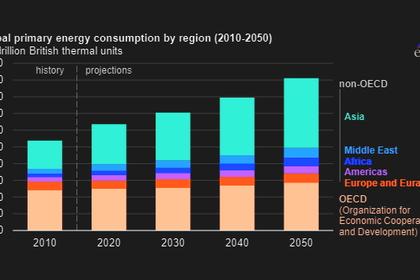 WORLD ENERGY CONSUMPTION WILL UP BY 50%
the U.S. Energy Information Administration (EIA) projects that world energy consumption will grow by nearly 50% between 2018 and 2050. Most of this growth comes from countries that are not in the Organization for Economic Cooperation and Development (OECD), and this growth is focused in regions where strong economic growth is driving demand, particularly in Asia.
English 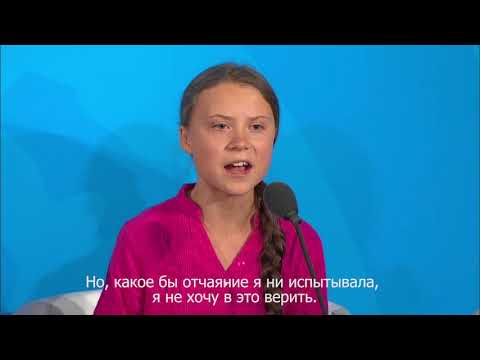 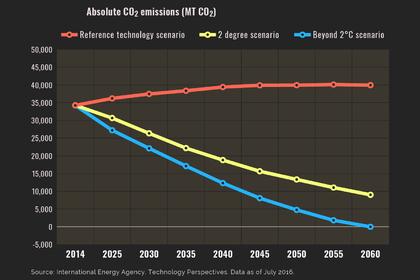 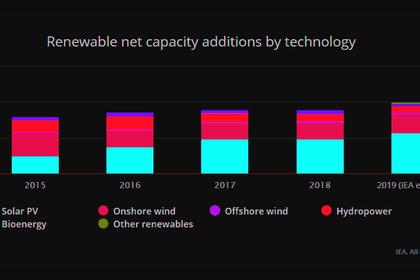