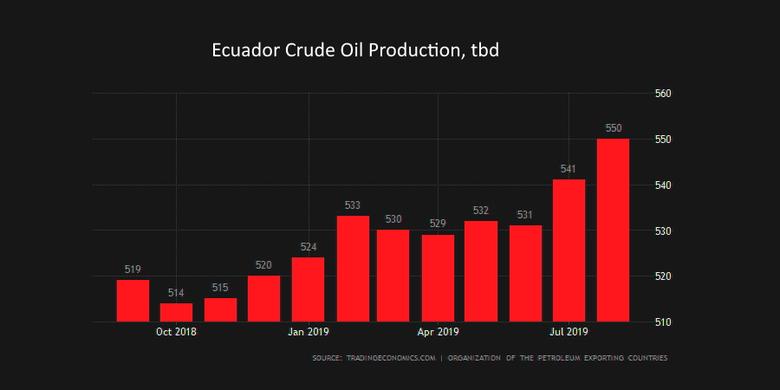 "The decision lies in the internal issues and challenges that the country must assume, related to fiscal sustainability," the ministry said in a statement. "This measure is aligned with the National Government's plan to reduce public spending and generate new income."

"The country has always been a constructive member of the Organization and will maintain the ties formed with OPEC countries," the energy ministry said Tuesday. "The national government will continue to support all efforts that seek to stabilize the world oil market and the actions implemented by agencies and related countries to ensure equitable access to energy. We wish OPEC success in the continuation of the important work that has been carried out since 1960 for the benefit of producing countries, such as oil-consuming countries."

There had been rumblings that Ecuador was reconsidering its membership, but delegates said Tuesday's announcement caught them by complete surprise.

Ecuador's announcement followed a September 12 pledge by Saudi Arabia's new energy minister Prince Abdulaziz bin Salman and Russian energy minister Alexander Novak to seek greater participation from all members of the current 1.2 million b/d supply accord. Salman had been pressuring countries to improve compliance with the supply accord.

"Myself and my colleague, minister Novak, have awakened up to a new reality, which is that we are not being too inclusive," he said. "And we should also never ever belittle the little contribution from wherever it may come from any contributing country. Because it is all about the aggregation of these numbers."

Ecuador will follow Qatar, which left OPEC at the end of 2019, citing its status as a minor producer compared to giant Saudi Arabia. Qatar complained that the Saudis were increasingly dominating decision making with non-OPEC ally Russia.