REUTERS - The collateral damage of the United States' trade wars is being felt from the fjords of Iceland to the auto factories of Japan.

Central bank governors and finance ministers traded grim tales of suffering economies at the International Monetary Fund and World Bank fall meetings in Washington this week. Some also noted how far U.S. policy had shifted from the 1940s, when Washington co-founded the IMF.

At that time, "the world economy had been hammered for over a decade by high tariff barriers, depression and war," prompting then-U.S. Treasury… 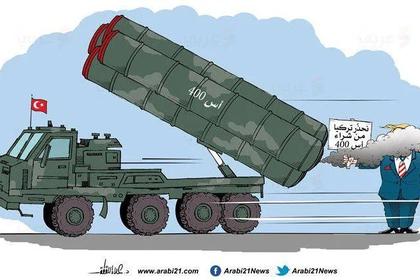 U.S., TURKEY SANCTIONS
The proposed legislation would also impose sanctions on any military transactions with Turkey, set sanctions on anyone who supports Turkey’s domestic energy industry for use by its armed forces, prohibit the sale of U.S. defense articles to the Turkey armed forces and define Turkey’s purchase of Russia’s S-400 missile defense system as “significant” and subject to sanctions.
English
All Publications »
Tags: USA, SANCTIONS
OIL PRICE: NOT ABOVE $42