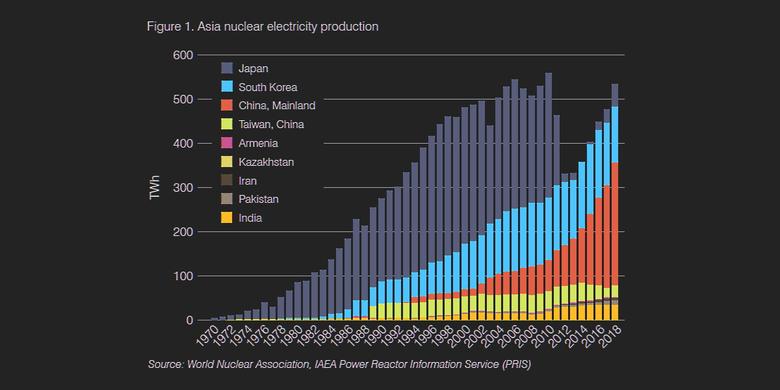 The amount of electricity generated from nuclear energy in Asia in 2018 is more than twice that of 30 years ago. Excluding Japan, since 1988 nuclear generation has grown by a factor of more than 10, driven primarily by development of nuclear energy in South Korea, mainland China and India.

China faces the challenge of needing more electricity to power an increasingly urbanized population whilst addressing acute air pollution, which has emerged as the main environmental issue facing the country in recent years. That dual challenge, coupled with an ongoing need to reduce greenhouse gas emissions and improve reliability and security of supply, continues to highlight the unique value of nuclear energy to  olicymakers. China in 2018, for the sixth consecutive year, added more nuclear capacity to its grid than any other country worldwide.

Asia is a focus of new nuclear build, and the region is likely to see a new country begin generating electricity from nuclear in 2020 as the first unit at Barakah, United Arab Emirates, begins operating. As of September 2019, a total of 33 reactors are being built in Asia, across nine  different countries. Both Bangladesh and Turkey commenced construction of their first nuclear power plants in the last two years. Proposals are under consideration in a number of other countries, including Saudi Arabia where provisional plans include two large nuclear power plants as well as small reactors for desalination.

The OECD International Energy Agency has reported that the temporary shutdown of reactors led to a significant rise in fossil fuel use, increased fuel imports and higher carbon dioxide emissions. The country's energy policy is for nuclear to provide 20-22% of total electricity generation by 2030. 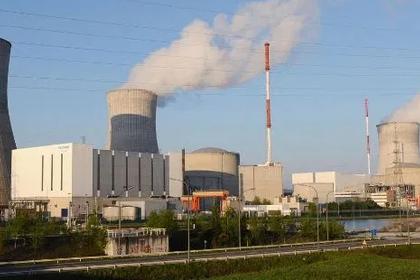 RUSSIA'S NUCLEAR FOR ETHIOPIA
Ethiopia and Russia signed an intergovernmental agreement on cooperation in the peaceful uses of nuclear energy during the Russia-Africa Summit in Sochi. The document was signed by Rosatom Director General Alexey Likhachov and Ethiopian Minister of Innovation and Technology Getahun Mekuria.
Русский | English 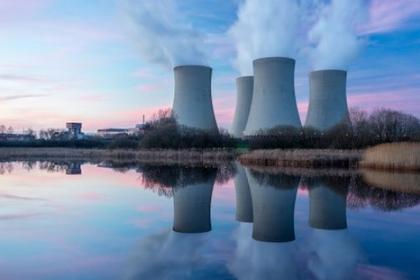 RUSSIA, SERBIA NUCLEAR CENTER
Russia and Serbia signed an intergovernmental agreement on cooperation in the construction of the Center for Nuclear Science, Technology and Innovations in the Republic of Serbia.
Русский | English

NUCLEAR POWER FOR CLIMATE
“I’m worried about the decline of nuclear in the energy mix if governments don’t change their policies,” Birol said referring to new capacity and lifespan extensions.
English
All Publications »
Tags: ASIA, NUCLEAR, POWER
OIL PRICE: BRENT NEAR $117, WTI ABOVE $111