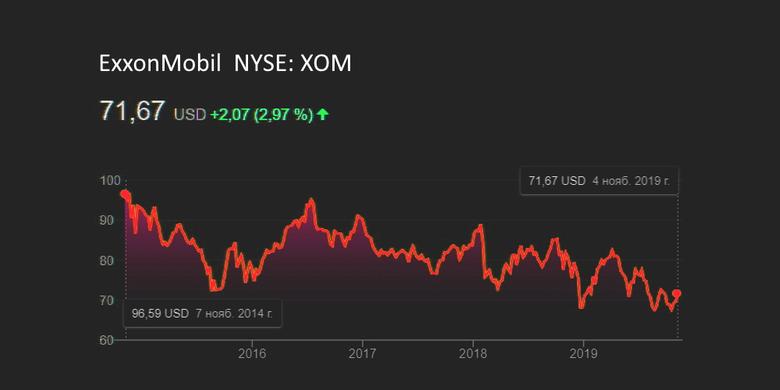 "We are making excellent progress on our long-term growth strategy," said Darren W. Woods, chairman and chief executive officer. "Growth in the Permian continues to drive increased liquids production and we are ahead of schedule for first oil in Guyana. The value of our position in Guyana improved further this quarter with an additional discovery, our fourth this year. We are also making good progress on our advantaged investments in the Downstream and Chemical. This quarter, we started production at our new high-performance polyethylene line in Beaumont. The competitiveness of our portfolio was further enhanced with the divestment of non-strategic assets, reaching almost a third of our 2021 objective of $15 billion."

Liquids volumes were in line with second quarter, with U.S. unconventional growth offsetting base decline. Natural gas volumes were down 1 percent.

Following completion of significant refinery turnaround activity during the second quarter, scheduled maintenance activity was lower in the third quarter.

Scheduled maintenance activity was lower than second quarter, however results were impacted by a reliability event at the Baytown, Texas olefins plant.

ExxonMobil signed an agreement with Vår Energi AS for the sale of its non-operated upstream assets in Norway for $4.5 billion as part of its previously announced plans to divest approximately $15 billion in non-strategic assets by 2021. The transaction is expected to close in the fourth quarter of 2019, subject to standard conditions precedent, including customary approvals from regulatory authorities. The agreed sales price of $4.5 billion is subject to interim period adjustments from the effective date of January 1, 2019, to the closing date. Estimated total cash flow from the divestment is around $3.5 billion after closing adjustments, with expected 2019 cash proceeds of around $2.6 billion and estimated cash flow in future periods associated with deferred consideration of $0.3 billion and a refund of income tax payments of $0.6 billion. The corporation expects to recognize a gain of approximately $3.5 billion at closing.

Affiliates of MPLX LP, Delek US and Rattler Midstream LP joined ExxonMobil, Plains All American Pipeline LP and Lotus Midstream LLC as partners in the joint venture to develop the Wink to Webster crude oil pipeline in Texas. The new pipeline system is expected to commence operations in early 2021, providing more than one million barrels per day of Permian takeaway capacity.

The company made additional progress in advancing the development of new technologies to address the risks of climate change. ExxonMobil and Mosaic Materials, Inc. announced an agreement to explore the advancement of potential breakthrough technology to remove carbon dioxide from emissions sources. Mosaic Materials has progressed research on a unique process that uses porous solids, known as metal-organic frameworks, to separate carbon dioxide from air or flue gas. The agreement with ExxonMobil will enable further discussion between the two companies to evaluate opportunities for industrial uses of the technology at scale.