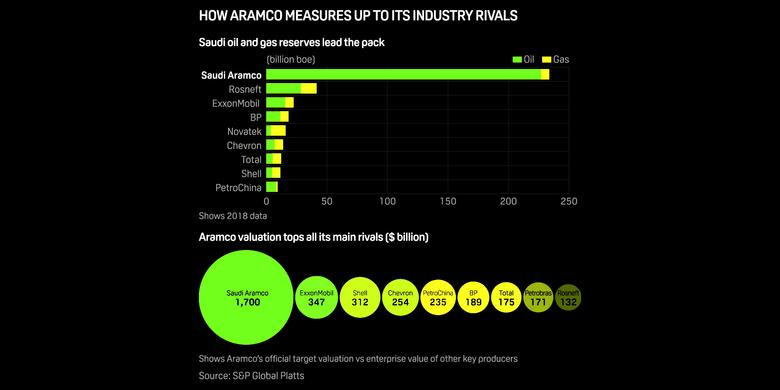 REUTERS - OPEC and its allies plan to deepen oil cuts and have the deal in place so it runs at least until June 2020 as Saudi Arabia wants to deliver a positive surprise to the market before the listing of Saudi Aramco, two sources familiar with the talks said.

The deal being discussed by the Organization of the Petroleum Exporting Countries and other producers, known as OPEC+, would add at least 400,000 barrels per day (bpd) to existing cuts of 1.2 million bpd or 1.2% of global supply.

The current deal runs to March.

"They (the Saudis) want to surprise the market," one of the sources said.

Another two sources said the latest OPEC analysis, drawn up by OPEC's Economic Commission Board (ECB), showed a large oversupply and build up in inventories in the first half of 2020, if no additional cuts were made.

Russia, a key non-OPEC ally, has so far opposed deeper cuts or a longer extension. But Moscow has often taken a tough stance before every meeting before approving the policy. Sources said Saudi Arabia was working on convincing Russia.

Riyadh needs high oil prices to balance its budget and support the pricing for the Aramco initial public offering (IPO), which could be the world's biggest.

Russia, the world's second biggest oil exporter after Saudi Arabia, also benefits from a higher oil price and has been working with OPEC on cuts to prevent an oil glut building as a result of booming production from the United States, which has climbed to become the world's biggest crude producer.

Benchmark Brent oil prices LCOc1 rose by more than 2% to nearly $62 per barrel on Monday on the news about the possibility of deeper cuts.

The IPO will be priced on Thursday, the same day OPEC meets in Vienna. The OPEC+ grouping holds talks on Friday.

Saudi officials, including Prince Abdulaziz, have insisted on stricter compliance with the current cuts, especially as countries such as Iraq and Nigeria have produced well above their quotas, while Riyadh has cut more than demanded.

The Saudis are also lobbying other producers to deepen cuts and have been signaling that they are ready to continue taking the biggest burden and to cut well in excess of their target.

Amrita Sen, co-founder of Energy Aspects think-tank, which closely watches OPEC policies, said she believed Riyadh would insist on better compliance by all members before agreeing to further cuts.

Saudi Arabia has been cutting more than the amount agreed for most of this year. Its actual cut in November was 783,000 bpd, according to a Reuters survey, a level that was about 400,000 bpd more than its pledged cut of 322,000 bpd.

Saudi and Russian oil production costs are much cheaper than those in the United States so any OPEC cut. A price rise can hurt OPEC and its allies because it bolsters U.S. production and allows U.S. shale oil producers to grab a bigger market share.

"If WTI goes up to $60 per barrel, there will be more shale," one of the sources familiar with OPEC talks said, warning against much steeper output cuts.

Gary Ross, founder of BlackGold Investors, said it would make sense for Riyadh to support further cuts because of the Aramco IPO and because of forecasts for a oil surplus in 2020.

Julius Baer's Norbert Rucker said that "the most likely outcome next week is an extension of the supply deal for another six months, wrapped in flowery communication leaving the room open for further loose compliance and policy adjustments should market conditions change." 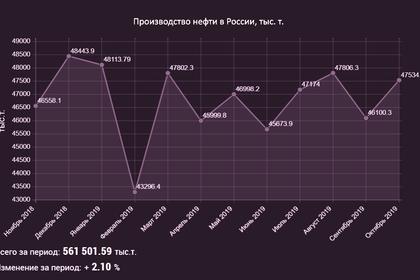 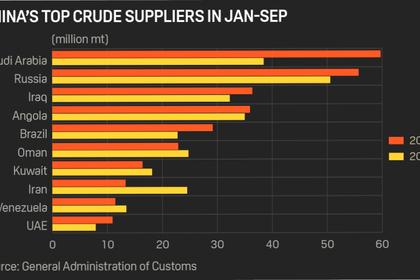 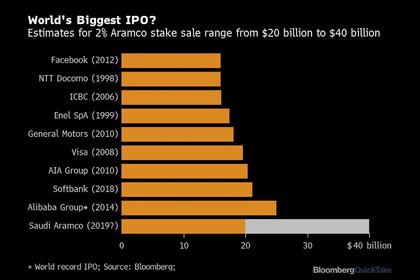