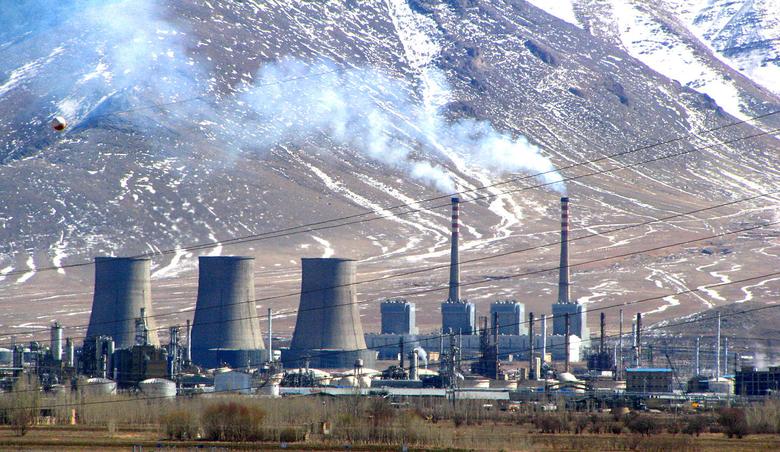 Such solidarity and flexibility are what we need in the race to beat the climate emergency.

We stand at a critical juncture in our collective efforts to limit dangerous global heating.

By the end of the coming decade we will be on one of two paths.

One is the path of surrender, where we have sleepwalked past the point of no return, jeopardizing the health and safety of everyone on this planet.

Do we really want to be remembered as the generation that buried its head in the sand, that fiddled while the planet burned?

The other option is the path of hope.

A path of resolve, of sustainable solutions.

A path where more fossil fuels remain where they should be – in the ground – and where we are on the way to carbon neutrality by 2050.

That is the only way to limit global temperature rise to the necessary 1.5 degrees by the end of this century.

The best available science, through the Intergovernmental Panel on Climate Change tells us today that going beyond that would lead us to catastrophic disaster.

Millions throughout the world – especially young people – are calling on leaders from all sectors to do more, much more, to address the climate emergency we face.

They know we need to get on the right path today, not tomorrow.

That means important decisions must be made now.

COP25 is our opportunity.

Before I focus on what we need to do at this session, let me step back to give a sense of perspective to our deliberations.

The latest, just-released data from the World Meteorological Organization show that levels of heat-trapping greenhouse gases in the atmosphere have reached another new record high.

And I remember, not long ago, 400 parts per million was seen as an unthinkable tipping point. We are well over it.

The last time there was a comparable concentration of CO2 was between 3 and 5 million years ago, when the temperature was between 2 and 3 degrees Celsius warmer than now and sea levels were 10 to 20 metres higher than today.

The signs are unmissable.

The last five years have been the hottest ever recorded.

The consequences are already making themselves felt in the form of more extreme weather events and associated disasters, from hurricanes to drought to floods to wildfires.

Permafrost in the Arctic is thawing 70 years ahead of projections.

Antarctica is melting three times as fast as a decade ago.

Ocean levels are rising quicker than expected, putting some of our biggest and most economically important cities at risk.

More than two-thirds of the world's megacities are located by the sea.

And while the oceans are rising, they are also being poisoned.

Oceans absorb more than a quarter of all CO2 in the atmosphere and generate more than half our oxygen.

Absorbing more and more carbon dioxide acidifies the oceans and threatens all life within them.

Three major reports from the Intergovernmental Panel on Climate Change – on land, on the oceans and cryosphere, and on the 1.5 degree Celsius climate goal – each confirm that we are knowingly destroying the very support systems keeping us alive.

And indeed, we are.

In several regions of the world, coal power plants continue to be planned and built in large numbers.

Either we stop this addiction to coal or all our efforts to tackle climate change will be doomed.

And, as the UN Environment Programme has just revealed, countries are planning to produce fossil fuels over the next decade at over double the level that is consistent with keeping temperature rise to 1.5 degrees Celsius.

And the fossil fuel industry is not alone.

From agriculture to transportation, from urban planning and construction to cement, steel and other carbon-intensive industries, we are far from a sustainable path.

We see some incremental steps towards sustainable business models, but nowhere near the scope and scale required.

What we need is not an incremental approach, but a transformational one.

We need a rapid and deep change in the way we do business, how we generate power, how we build cities, how we move, and how we feed the world.

If we don't urgently change our way of life, we jeopardize life itself.

For the past year, I have been saying we need to make progress on carbon pricing, shift taxation from income to carbon, ensure no new coal plants are built after 2020, and end the allocation of taxpayers' money for perverse fossil fuel subsidies.

We must also ensure that the transition to a green economy is a just transition – one that recognizes the need to care for the future of negatively impacted workers, in terms of new jobs, lifelong education, and social safety nets.

If we want change, we must be that change.

Choosing the path of hope is not the job of one person, one industry or one government alone.

We are all in this together.

The road map established by the scientific community is clear.

To limit global temperature rise to the necessary 1.5 degrees by the end of this century, we must reduce emissions by 45 per cent from 2010 levels by 2030, and we must achieve climate neutrality by 2050.

Ten years ago, if countries had acted on the science available, they would have needed to reduce emissions by 3.3 per cent each year. We didn't.

Today, we need to reduce emissions by 7.6 per cent each year to reach our goals.

So, it is imperative that governments not only honour their national contributions under the Paris Agreement, they need to substantially increase their ambitions.

And even if the Paris commitments are fully met, it would not be enough. But unfortunately, many countries are not even doing that. And the results are there to be seen.

According to the latest Emissions Gap Report from the UN Environment Programme, greenhouse gas emissions have risen 1.5 per cent a year over the last decade.

At current trends, we are looking at global heating of between 3.4 and 3.9 degrees Celsius by the end of the century.

The impact on all life on the planet – including ours – will be catastrophic.

The only solution is rapid, ambitious, transformative action by all – governments, regions, cities, businesses and civil society, all working together towards a common goal.

That was the purpose of the Climate Action Summit I convened in September.

And in many ways it was encouraging.

Small island nations and least developed countries, major cities and regional economies all came with initiatives, as did a sizable representation from the private and financial sectors.

Some 70 countries announced their intention to submit enhanced national contributions in 2020, with 65 countries and major subnational economies committing to work for net zero emissions by 2050.

I am pleased to see governments and investors backing away from fossil fuels.

A recent example is the European Investment Bank, which has announced it will stop funding fossil fuel projects by the end of 2021.

But we are still waiting for transformative movement from most G20 countries, which represent more than three-quarters of global emissions.

My new report on the Summit sets out what needs to be done going forward.

Primarily, all the main emitters must do more.

This means enhancing national determined contributions in 2020 under the Paris Agreement, presenting a carbon neutrality strategy for 2050, and embarking on the decarbonization of key sectors, particularly energy, industry, construction, and transport.

Without the full engagement of the big emitters all our efforts will be completely undermined.

A green economy is not one to be feared but an opportunity to be embraced, one that can advance our efforts to achieve all the Sustainable Development Goals.

But what frustrates me is the slow pace of change, especially given that most of the tools and technologies we need are already available.

So, my call to you all today is to increase your ambition and urgency.

You are here at COP25 to reach progress on key items – namely, achieving success on Article Six and continuing to boost ambition in preparation for new and revised national climate action plans due next year.

Article Six was the outstanding issue not resolved at COP24 in Katowice.

To put a price on carbon is vital if we are to have any chance of limiting global temperature rise and avoiding runaway climate change.

Operationalizing Article Six will help get markets up and running, mobilize the private sector, and ensure that the rules are the same for everyone.

Failure to operationalize Article Six risks fragmenting the carbon markets and sends a negative message that can undermine our overall climate efforts.

I urge all Parties to overcome their current divisions and to find common understanding on this issue.

And it must complete several technical matters to achieve the full operationalization of the transparency framework under the Paris Agreement.

The tasks are many, our timelines are tight, and every item is important.

It is imperative to complete our work and we have no time to spare.

But as important as the successful conclusion of the negotiations, the COP25 must convey to the world a firm determination to change course.

We must finally demonstrate that we are serious in our commitment to stop the war against nature – that we have the political will to reach carbon neutrality by 2050.

I expect all governments will be able to commit now to review during this next year – on the way to COP26 in Glasgow – their nationally determined contributions with the necessary ambition to defeat the climate emergency. Ambition in mitigation, ambition in adaptation, and ambition in finance.

And let us not forget, we should ensure that at least $100 billion US dollars a year are available to developing countries for mitigation and adaptation and take into account their legitimate expectations to have the resources necessary to build resilience and for disaster response and recovery.

The decisions we make here will ultimately define whether we choose a path of hope, or a path of surrender.

Remember: we made a commitment to the people of the world through the Paris Agreement.

It was a solemn promise.

Let us open our ears to the multitudes who are demanding change.

Let us open our eyes to the imminent threat facing us all.

Let us open our minds to the unanimity of the science.

There is no time and no reason to delay.

Let us show we also have the political will that people demand from us.

To do anything less will be a betrayal of our entire human family and all the generations to come.