The U.S. Census Bureau and the U.S. Bureau of Economic Analysis announced today that the goods and services deficit was $47.2 billion in October, down $3.9 billion from $51.1 billion in September, revised. 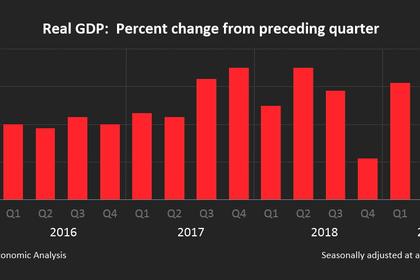 U.S. GDP UP 2.1%
U.S. Real gross domestic product (GDP) increased at an annual rate of 2.1 percent in the third quarter of 2019 (table 1), according to the "second" estimate released by the Bureau of Economic Analysis. In the second quarter, real GDP increased 2.0 percent.
English 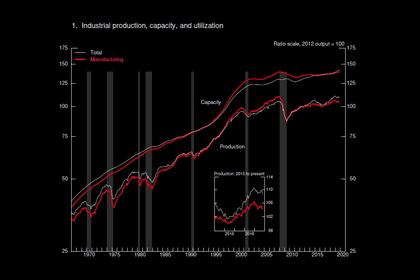 SAUDI ARABIA GDP DOWN 7%
Gross Domestic Product (GDP) of Saudi Arabia contracted by 7.0% in real terms in the second quarter of 2020.
English

TOTAL NET ZERO BY 2050
Growing energy demand and getting to Net Zero are the two global trends underpinning the Total Energy Outlook and thus the evolutions of the energy markets that Total integrates into its strategy.
English

NUCLEAR NEED HUMAN CAPITAL
EU nuclear industry - which currently supports around one million jobs - must invest in and maintain human capital by working closely with local and national governments and other stakeholders to make the industry more attractive to young people.
English
All Publications »
Feedback: