REUTERS - Iran will overcome U.S. sanctions by either bypassing them or through negotiations, and it will not cross its red lines in any talks with arch-adversary Washington, President Hassan Rouhani said on Wednesday.

Tensions have soared between Tehran and Washington since last year, when President Donald Trump pulled the United States out of Iran's 2015 nuclear deal with six powers and reimposed sanctions on Tehran that have crippled its oil-based economy.

The Islamic Republic has rejected negotiating a new deal with the Trump administration, saying… 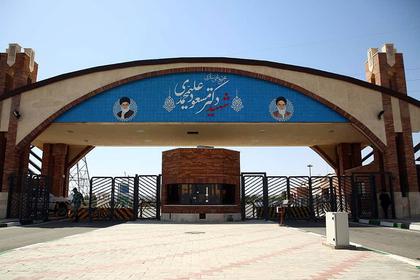 RUSSIA'S NUCLEAR FOR IRAN STOPPED
This makes it technologically impossible for TVEL to be further engaged in works at the Fordow facility. Uranium enrichment and stable medical isotope production cannot be sustained in the same room. Air and equipment are exposed to UF6 leftovers, making the produced stable medical isotopes unsuitable for medical purposes.
Русский | English
All Publications »
Tags: USA, IRAN, SANCTIONS,
OIL PRICE: ABOVE $45