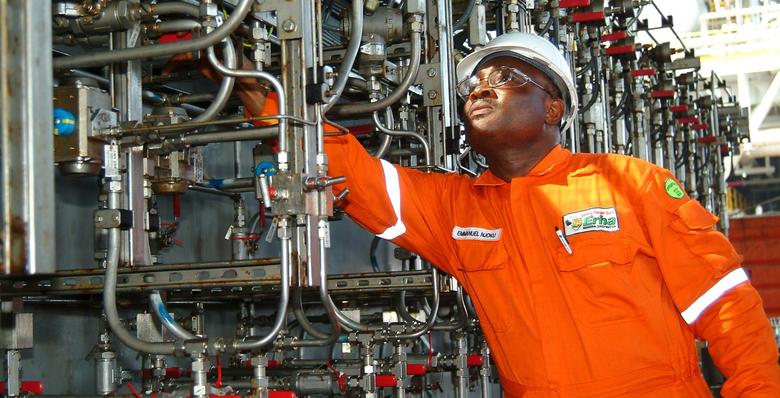 REUTERS - Exxon Mobil recently held talks on the sale of a suite of oil and gas fields in Nigeria as the company focuses on new developments in U.S. shale and Guyana, industry and banking sources told Reuters.

The potential disposals are expected to include stakes in onshore and offshore fields and could raise up to $3 billion, two sources said.

"Exxon is actively divesting in Nigeria," one source who was briefed on the divestment plans said.

The Irving, Texas-based company is one of the largest oil and gas producers in Nigeria, with 106 operated platforms. Its oil output in the West African country reached 225,000 barrels per day (bpd) in 2017, its website says.

Exxon officials have held talks in recent weeks with several Nigerian companies to gauge their interest in the fields.

One source said Exxon was soon due to open a "data room" - which would provide technical information on the fields, such as seismic and production details - in Nigeria.

The discussions focused on a number of onshore fields Exxon shares in joint ventures with Nigerian state oil firm NNPC, including oil mining leases 66, 68, 70 and 104, one source said. Exxon's share of oil production in those fields reached 120,000 bpd in 2017, the last year for which data was available.

It is looking into offering for sale assets in Equatorial Guinea and Chad, according to two sources.

The Nigerian government has in the last decade supported a drive by domestic firms such as Oando, Seplat and privately held Aiteo to expand their operations in the country as international companies including Royal Dutch Shell sought to lower their presence due to oil spills resulting from pipeline sabotage.

Exxon recently launched the sale of its stake in Azerbaijan's largest oilfield, which would mark its retreat from the former Soviet state after 25 years.

Exxon announced earlier this year plans to boost its capital spending from $26 billion in 2018 to $30 billion in 2019 and up to $35 billion next year as it seeks to develop oilfields in Guyana and the U.S. Permian basin as well as gas projects in Mozambique and the U.S. Gulf Coast.

In an analyst presentation last month, Exxon said it would accelerate its divestments to around $15 billion by 2021.