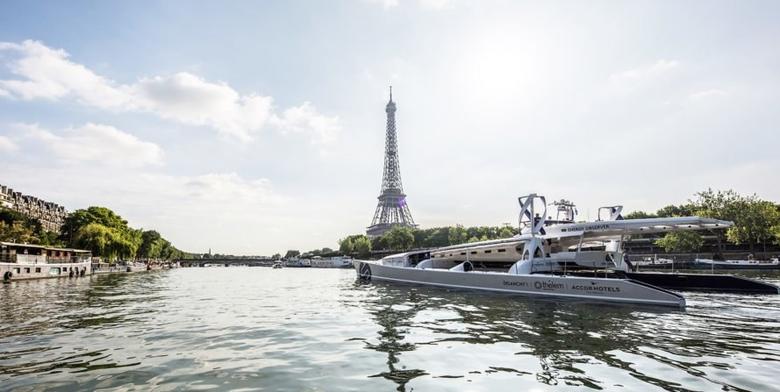 WNN - France's EDF has launched a hydrogen production and distribution subsidiary to support decarbonisation of industry and mobility using low-carbon electricity from its nuclear and renewable energy fleet.

The new company, Hynamics, will offer hydrogen to industrial customers through services to install, operate and maintain hydrogen production plants. It will also support hydrogen in transport applications, by supplying service stations that refuel fleets of electric vehicles "such as trains, buses, refuse collection vehicles, commercial vehicles, or even river transport systems."

"EDF aims to become a major player in the hydrogen industry in France and internationally," it said, enhancing its "contribution to the fight against global warming and for a low-carbon world."

In June last year EDF invested EUR16 million (USD18 million) in a partnership with McPhy, a specialist in electrolysers, hydrogen storage and charging stations, becoming its main shareholder. Now, Hynamics has been created from a start-up incubator within EDF and has purchased that stake. Hynamics' general manager is Christelle Rouillé.

Hynamics said that hydrogen is usually produced using energy from fossil fuels, resulting in 10 kilograms of CO2 per kilogram of hydrogen. However, EDF's fleet of 58 nuclear units is complemented by hydro as well as wind and solar to create a mix that is 96% CO2-free. By using EDF's electricity to produce hydrogen through electrolysis Hynamics contributes to reducing CO2 emissions, it said.

EDF routinely varies the output of its reactors and hydro facilities to match demand as well as to balance imports and exports with neighbouring countries, which generate large volumes of electricity with variable renewables. The company therefore has huge volumes of marginal cost clean electricity available that could be used to produce hydrogen.

In April last year, McPhy presented a modular electrolysis system capable of scaling from 4 MWe to over 100 MWe. It said its high-efficiency system would produce 8.5 tonnes of hydrogen per day from a 20 MWe continuous input.

Hynamics said it has identified 40 target projects in France, Belgium, Germany and the UK.