REUTERS - Oil prices fell on Friday, with Brent slipping away from the $70 mark reached the previous day, pulled down by worries about progress in the U.S.-China trade talks.

Weighing on prices are concerns that an economic slowdown could dent fuel consumption, traders said.

The United States and China, the world's two biggest oil consumers, could be close to a deal to end their trade dispute though some hurdles remain.

U.S. President Donald Trump on Thursday said the two sides were "very close to making a deal," though the United States remains hesitant to lift $250 billion in tariffs that China is seeking to have removed.

Prices for thermal coal and natural gas, the main power generation fuels, have already fallen sharply amid a marked slowdown in consumption.

Still, Brent is heading for a second week of gains, while WTI is on track for a fifth consecutive weekly rise.

Brent has gained nearly 30 percent this year, while WTI has risen nearly 40 percent, underpinned by production cuts and U.S. sanctions against Iran and Venezuela.

The Organization of the Petroleum Exporting Countries (OPEC) and producer allies such as Russia, together known as OPEC+, agreed to cut output by 1.2 million barrels per day (bpd) this year to prop up prices.

Consultancy Rystad Energy said ongoing OPEC-led supply cuts would support oil prices towards the second half of this year and into 2020.

"We retain our bullish stance for the second half of 2019 and first half of 2020 as we anticipate OPEC+ to extend production cuts through 2019, while we also expect bullish oil market effects due to the introduction of IMO 2020 regulations on sulfur content in marine fuels," said Bjornar Tonhaugen, head of oil market research at Rystad.

The International Maritime Organization (IMO) will mandate all shippers use fuel with a reduced sulfur content, resulting in a sharp increase in diesel consumption and the use of low-sulfur fuel oil.

Somewhat undermining the OPEC-led efforts to prop up the market is surging U.S. oil production, which according to official data rose to a record 12.2 million bpd last week. 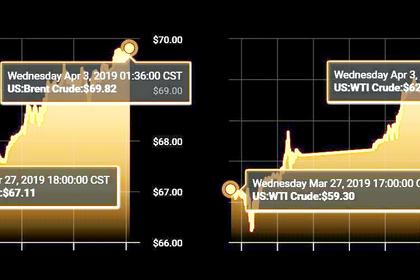 OIL PRICE: NEAR $70
Oil prices rose for a fourth day on Wednesday, pushing Brent towards $70 a barrel as support from OPEC-led supply cuts and U.S. sanctions overshadowed a report showing an unexpected rise in U.S. inventories.
English 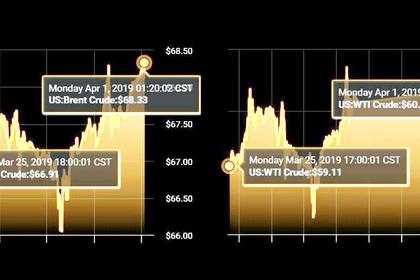 OIL PRICE: ABOVE $68
Oil prices rose on Monday, adding to gains in the first quarter when the major benchmarks posted their biggest increases in nearly a decade, as concerns about supplies outweigh fears of a slowing global economy.
English 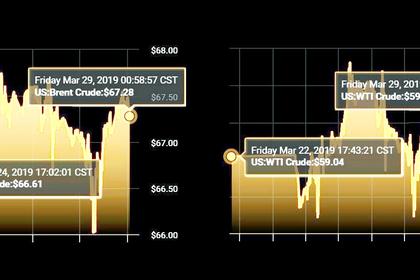 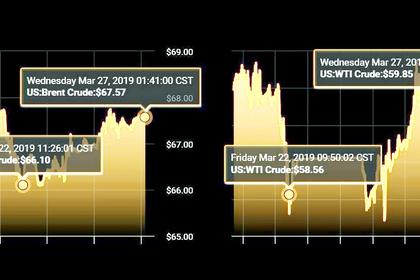 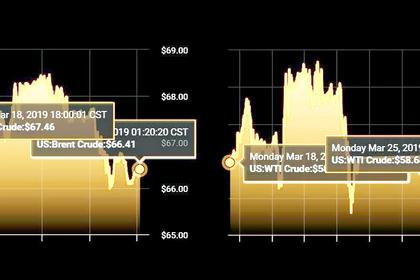 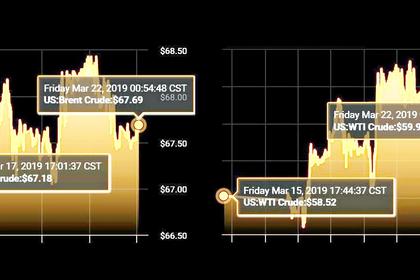