MEOG - il prices rose to their 2019 high at $75 per barrel of Brent crude after major oil exporters said they would not immediately rush to produce more oil in the face of US sanctions against Iran.

OPEC is due to meet in June, where the Iran question will no doubt be raised. But oil and gas leaders are taking a cautious approach, with Kuwait's oil minister Khaled Al Fadhel noting that a decision would be taken only after a review of oil prices.

Indeed, the surprise issuance of eight waivers allowing countries to continue to import Iran's oil was a shock to the market and saw oil prices spiral from a peak of $86 per barrel in October 2018 to $50 ber barrel.

While Trump often blames OPEC for high oil prices, this demonstrated the ability of the US to impact the oil market--even though its own oil production fluctuates based on the oil price.

Now, with Iran oil output set for further decreases, the Trump administration has said that its oil exporting allies would fill any supply gap. Khalid Al-Falih echoed those sentiments in a statement put out by the Saudi Press Agency.

"Saudi Arabia will coordinate with fellow oil producers to ensure adequate supplies are available to consumers while ensuring the global oil market does not go out of balance," the statement wrote.

Saudi Arabia has historically taken the role of swing producer to balance oil supply, but it is unclear how this will impact the existing OPEC+ deal to cut output by 1.2mn barrels per day (bpd), the majority of which has been shouldered by Saudi Arabia and Russia.

Reuters reported that Saudi output would increase in May, but would remain under the limits imposed by the OPEC+ deal. It cited anonymous sources as saying that the rise in output was unrelated to the expiry of US waivers on Iran oil sanctions. 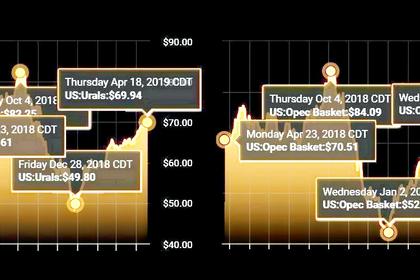 OPEC + RUSSIA IS HERE
"Cooperation will continue between Russia and Saudi Arabia," Ibrahim al-Muhanna said at the International Oil Summit in Paris, stressing that "it is the core of OPEC+ cooperation."
English 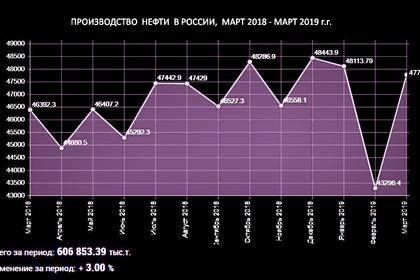 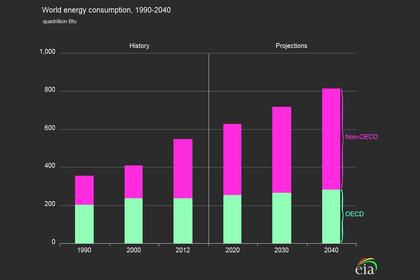 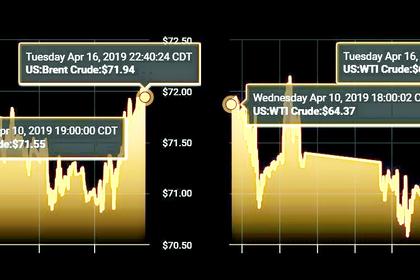 OIL PRICES: TROUBLED WATERS
On BRENT ;The Bulls are still gathering through the 71.72$ price mark. A hold of the 63.45$ price mark indicates a strong bull market in the June WTI Futures market,a fall below creates a range bound trade.
English 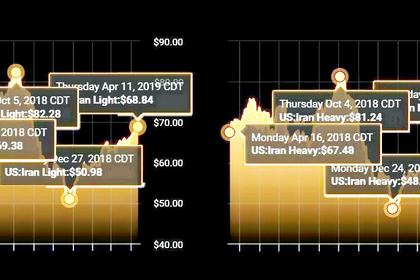 FRAGILE OIL MARKET
Iranian Minister of Petroleum Bijan Zangeneh said the current crude oil market was in a fragile state, adding, “If the US decided to exert more pressure on Iran, the oil market would become unpredictably more fragile.”
English 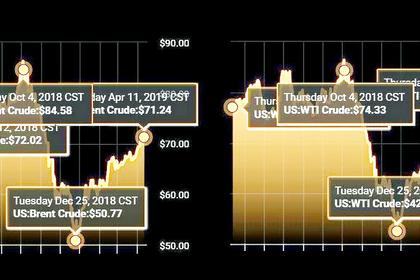 2019 GLOBAL OIL DEMAND EXCEED 100 MBD
Total world demand for the year is now expected to reach 99.91 mb/d and exceed the 100.00 mb/d threshold during 2H19. OECD oil demand growth is projected to reach 0.21 mb/d, with OECD Americas leading the increase, while oil demand in the non-OECD region is projected to rise by around 1.0 mb/d, with Other Asia and China being the primary contributors to growth.
English 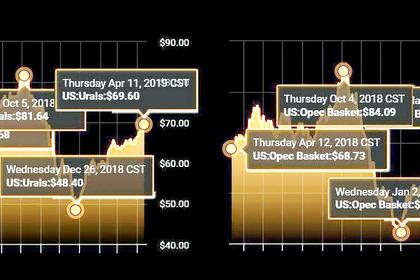 RUSSIA COMMITTED TO OPEC+
“Russia will not increase its output unless in coordination with the rest of OPEC and OPEC+ countries,” Mazroui said. “I believe in the wisdom of Russia, and I believe that Russia has benefited from this agreement... I don’t see any reason for Russia not to continue with us.”
English
All Publications »
Tags: OIL, PRICE, OPEC, IRAN, RUSSIA, US
OIL PRICE: ABOVE $72 ANEW