GT - Novatek PJSC is looking at power generation to unlock demand for liquefied natural gas from its massive projects in Russia's Arctic.

The developer of the Yamal LNG plant in Siberia is seeking to be on a par with global majors Royal Dutch Shell Plc and Total SA in a global push to expand into electricity. Novatek will in the long run consider joint ventures to take the next step from gas to power and help nations such as India clean their air, according to chief financial officer Mark Gyetvay.

"There are still billions of people on this planet that don't have access to power, so we may need eventually to look further downstream, we may need in the future to partner up with other potential projects to bring power, so take it from gas to power," Gyetvay said in an interview in London. "That may be one of the options for Novatek to pursue in the future."

The world's biggest energy companies will gather at the LNG2019 conference in Shanghai next week amid increasing pressure from investors to protect their business from a shift to lower-emission fuels. While many nations favour renewables as they seek to combat air pollution, gas is a cleaner alternative to coal to address the intermittent nature of power from solar and wind.

As a first step, Novatek has already teamed up with Siemens AG to explore co-operation in areas including LNG supply and power generation.

For LNG producers, investments in gas and power infrastructure in regions that offer significant demand potential helps secure an outlet for the supply from their multibillion-dollar liquefaction projects.

At a time of fierce competition among global LNG producers, having a customer secured through mechanisms such as an integrated gas-to-power project is a boon. Many nations in Asia and Africa lack infrastructure and need outside investment.

China's unprecedented drive to switch from coal to gas and become the world's second-biggest LNG importer demonstrates that "the push to clean air has already begun," Gyetvay said.

India and markets in southeast Asia are expected to follow.

"The exciting element is what potentially the Indian market has to offer," Gyetvay said. "It is still 40% to 45% coal, it offers tremendous opportunities, Africa is a continent that is developing and needs gas. A lot of these former export countries, like the Middle East, are now moving toward gas."

Spot LNG has crashed almost 50% since the start of the year to $4.60 a million British thermal units, and lower prices are seen as a trigger for demand in nations that would otherwise opt for dirtier coal or oil.

"LNG companies with a significant amount of spot exposure have the most to lose from weak spot prices in 2019," Sanford C Bernstein & Co analyst Neil Beveridge said on March 26 in a note. The New York-based researcher sees prices returning to $8 a million Btu by the next northern hemisphere winter.

Gyetvay is unfazed by what he sees as a "very, very short window of lower prices" due to the multi-decade nature of LNG projects. While on a short-term basis, there will be impact on profitability, most of Yamal LNG's contracts are linked to crude, diluting the impact of spot price dynamics, he said.

"If the prices stay lower for a period of time, that may open up the market for us," Novatek's Gyetvay said. "We are not really worried about it."

Yamal LNG's first production line, or train, has now switched to supplies under its long-term, oil-linked contracts, and Train 2 is starting to, Gyetvay said. Train 3 started a year ahead of schedule, and its early volumes are sold on a spot basis, as is typical for new LNG plants.

That flow of uncommitted volumes is spilling into European markets, making Russia the biggest supplier of LNG into northwest European markets this year. That dynamic is helped by the plunging economics of sending a cargo from the Atlantic region to Asia after the typical premium nations such as Japan, South Korea and China pay for spot LNG disappeared.

"Europe has been a stronger market, so we are able to deliver cargoes to the European market," Gyetvay said. "Another thing we can do is look at early nominations for contracted volumes so we are asking the buyers to step up on early nominations on their particular long-term contracts." 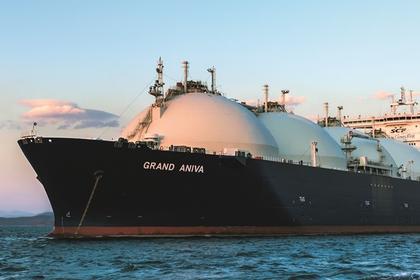 COMPETITIVE RUSSIAN LNG
Russian LNG is well positioned to compete with North American projects to reach new markets in Asia and the Atlantic Basin despite the challenges, a Shell executive said Wednesday at the LNG Congress in Moscow.
English
All Publications »
Tags: RUSSIA, NOVATEK, LNG, GAS
OIL PRICE: BRENT NEAR $117, WTI ABOVE $111