AN - Saudi Aramco, the world's top oil producer, has been rated A+ by Fitch in its first-ever credit rating, ahead of the state oil giant's first global bond sale and following 2018 earnings that dwarfed those of international oil majors.

Aramco intends to issue its first US dollar-denominated bonds, expected to be for at least $10 billion, in the second quarter to help finance its acquisition of a stake in SABIC, the world's fourth-largest petrochemicals maker.

The Saudi oil producer is expected to start meeting bond investors this week, sources familiar with the matter said on Thursday.

Last week, Aramco said it would buy a 70 percent stake in Saudi Basic Industries Corp. (SABIC) from the kingdom's wealth fund for $69.1 billion, in one of the biggest deals in the global chemical industry.

At the end of 2018, Aramco's cash balances exceeded its balance-sheet debt, Fitch said.

"We project that Saudi Aramco's leverage will remain low, even after the recently announced acquisition of SABIC, which we expect to be predominantly funded from the company's free cash flow (FCF)," the ratings agency said.

Credit ratings allow investors to compare and assess the credit quality of bond issuers and their debt securities, and are important in determining how much borrowers have to pay.

Aramco has hoped to match the ratings of Exxon and Royal Dutch Shell, a source familiar with the matter has told Reuters. Exxon is rated triple-A by Moody's and AA+ by its rival S&P, putting it on par with the rating of the United States.

As a standalone business, Aramco could outweigh its international peers, but most of its assets are in Saudi Arabia and it is tightly linked to Saudi Arabia's economic policies.

National oil companies are generally rated at the same level as or slightly lower than their governments.

"Saudi Aramco's rating is constrained by that of Saudi Arabia (A+/Stable). This reflects the influence the state exerts on the company through taxation and dividends, as well as regulating the level of production in line with its OPEC commitments," Fitch said.

Aramco "is less integrated into natural gas and downstream than some of its international peers, such as Shell and Total, which makes it more exposed to oil prices although this is mitigated by low cost of production, its downstream expansion strategy, and the acquisition of SABIC," Fitch said.

"In 2018, its (Aramco's) liquids production and its total hydrocarbon production averaged 11.6 million and 13.6 million barrels of oil equivalent per day, respectively," Fitch said. 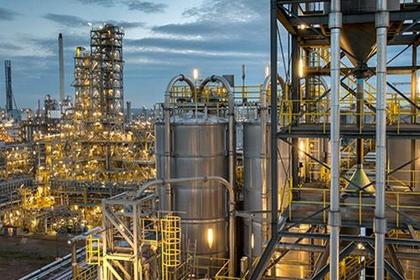 SAUDI ARAMCO PAYS $69.1 BLN
Saudi Aramco announced the signing of a share purchase agreement to acquire a 70% majority stake in Saudi Basic Industries Corporation (SABIC) from the Public Investment Fund of Saudi Arabia, in a private transaction for $69.1bn.
English 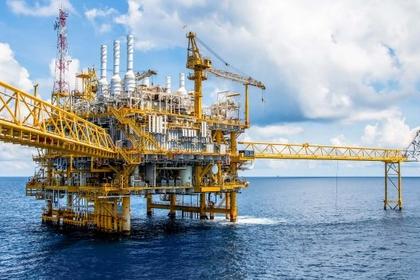 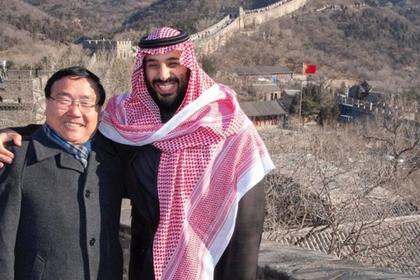 SAUDI'S OIL FOR CHINA UP 28.5%
China's crude oil imports from Saudi Arabia surged 28.5% year on year to 1.56 million b/d in February, surpassing Russia to become the top crude supplier in the month, latest data from the General Administration of Customs showed.
English 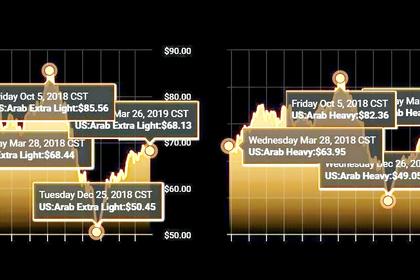 SAUDI ARAMCO NEED $150 BLN
Aramco’s gas expansion strategy needs $150 billion of investment over the next decade as the company plans to increase output and later become a gas exporter, Nasser had said in November.
English 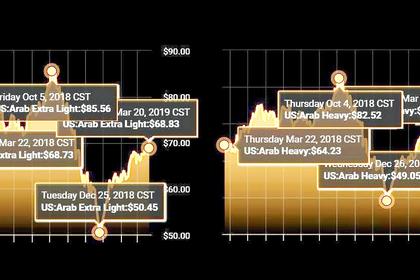 SAUDI'S OIL WILL DOWN
Saudi Arabia will supply its clients with significantly less oil than they requested in April, extending deeper-than-agreed oil production cuts into a second month, a Saudi official familiar with the policy said.
English
All Publications »
Tags: SAUDI, ARAMCO,
OIL PRICE: BRENT NEAR $117, WTI ABOVE $111