U.S. BLS - Total nonfarm payroll employment increased by 196,000 in March, and the unemployment rate was unchanged at 3.8 percent, the U.S. Bureau of Labor Statistics reported today. Notable job gains occurred in health care and in professional and technical services. 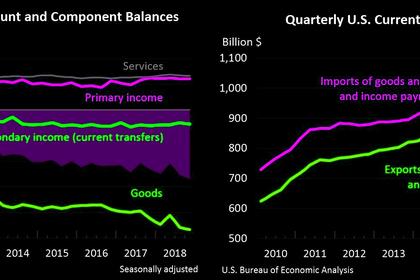 U.S. CURRENT ACCOUNT DEFICIT UP TO $134.4 billion
U.S. BEA - The U.S. current-account deficit increased to $134.4 billion (preliminary) in the fourth quarter of 2018 from $126.6 billion (revised) in the third quarter of 2018, according to statistics released by the Bureau of Economic Analysis (BEA). The deficit was 2.6 percent of current-dollar gross domestic product (GDP) in the fourth quarter, up from 2.5 percent in the third quarter.
English 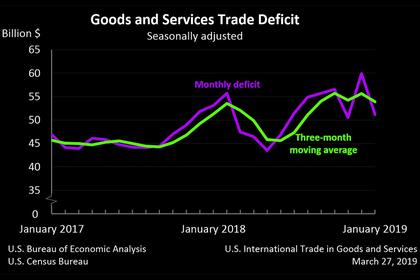 U.S. TRADE DEFICIT $51.1 BLN
U.S. BEA - The U.S. Census Bureau and the U.S. Bureau of Economic Analysis announced today that the goods and services deficit was $51.1 billion in January, down $8.8 billion from $59.9 billion in December,
English 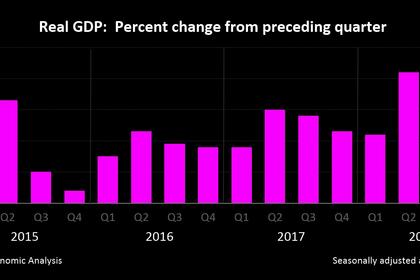 U.S. GDP UP 2.2%
U.S. BEA - Real gross domestic product (GDP) increased at an annual rate of 2.2 percent in the fourth quarter of 2018, according to the "third" estimate released by the Bureau of Economic Analysis. In the third quarter, real GDP increased 3.4 percent.
English 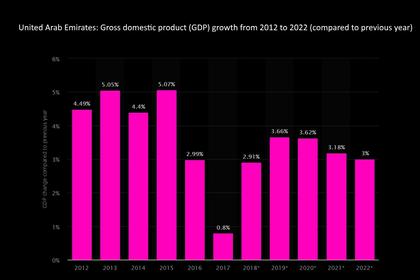 UAE GDP UP 3.5%
The UAE's GDP is set to expand 3.5 percent this year against 2.8 per cent in 2018, thanks to a stimulus package worth AED50 billion announced last year along with a host of other measures for the ease of doing business in all the emirates, said Director of Dubai Customs, Ahmed Mahboob Musabih, while chairing the first quarterly Consultative Council meeting in 2019.
English 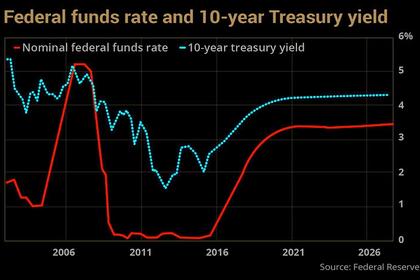 U.S. FEDERAL FUNDS RATE 2.25-2.5%
U.S. FRB - Consistent with its statutory mandate, the Committee seeks to foster maximum employment and price stability. In support of these goals, the Committee decided to maintain the target range for the federal funds rate at 2-1/4 to 2-1/2 percent.
English
All Publications »
Tags: USA, EMPLOYMENT
OIL PRICE: NEAR $34