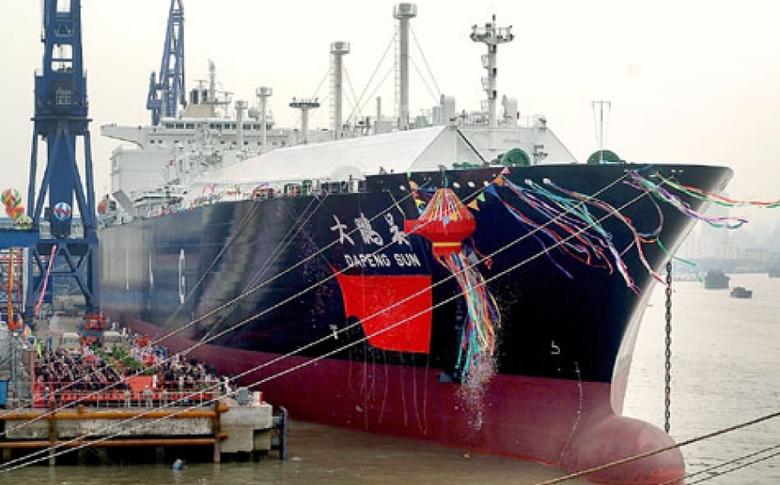 PLATTS - China imported a record high 861,451 mt of LNG from Malaysia in May, up 42.3% year on year, the latest data from the General Administration of Customs showed.

The highest monthly import volume from Malaysia previously was in January at 832,471 mt, the customs historical data showed.

Over January-May, China imported 2.7 million mt of LNG from Malaysia, up 32% year on year, the customs data showed.

Meanwhile, Australia remained the top supplier of LNG to China in May at 2.3 million mt, up 29.6% year on year, but down 16.8% month on month, according to the customs data.

In the first five months of this year, China's LNG imports from Australia stood at 11.25 million mt, up 37.8% year on year.

China's pipeline natural gas imports from Turkmenistan moved lower by 5.9% year on year to 2.02 million mt in May, and the volume was also down 2.3% month on month, the data showed.

Over the first five months of the year, Turkmenistan supplied 10.63 million mt of natural gas to China via pipeline, down 1.2% from the same period a year earlier.

Meanwhile, the country's pipeline natural gas imports from Kazakhstan were 506,103 mt in May, up 40.1% year on year, and also up 4.4% month on month, the customs data showed.

Over January-May, China imported a total 15.56 million mt of natural gas via pipelines, up 4.2% year on year, according to the customs data.

China imported a total 7.56 million mt of natural gas in May, comprising LNG and pipeline natural gas, up 2.3% from 7.39 million mt a year earlier. The growth was mainly driven by stronger LNG imports during the month, the customs data showed.

On a month-on-month basis, May natural gas imports were down 1.2% from 7.65 million mt in April.

Over the first five months of this year, China imported a total 39.43 million mt of natural gas, up 13.8% year on year, the data said.

The government targets to reduce air pollution and move to cleaner burning fuels exemplified by its Blue Sky policy and the five-year plan is expected to continue to drive the country's gas consumption higher. 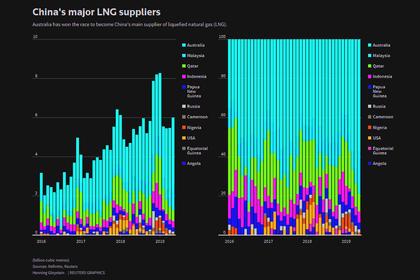 AUSTRALIA'S LNG FOR CHINA
Australia supplied over 53% of China’s LNG imports during the first five months of 2019, shipping data in Refinitiv showed, up from around 40% in 2016 when a previous round of new Australian export projects started to ramp up.
English
All Publications »
Tags: CHINA, LNG, GAS
OIL PRICE: BRENT ABOVE $110, WTI ABOVE $104