IAEA - It is essential that Iran fully implements its nuclear-related commitments under the Joint Comprehensive Plan of Action (JCPOA), IAEA Director General Yukiya Amano told the Agency's Board of Governors today.

Mr Amano noted the announcement by Iran's Supreme National Security Council on 8 May that it had "issued an order to stop some of Iran's measures" under the JCPOA.

"I am worried about increasing tensions over the Iranian nuclear issue," he said. "As I have constantly emphasised,… 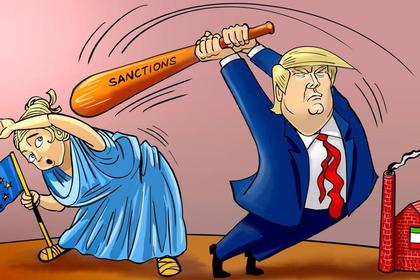 IRAN DEAL AND SANCTIONS
During a joint news conference with US President Donald Trump today, British Prime Minister Theresa May stressed the importance of the USA-UK special relationship in dealing with Iran, but added that "we [the UK] stand by the nuclear deal".
English
All Publications »
Tags: IRAN, NUCLEAR, SANCTIONS
OIL PRICE: ABOVE $42

EUROPE'S GAS DEMAND DOWN
Gas consumption in Q1 fell by more than 20% year on year in a number of EU countries, including Romania, Latvia, Finland and Slovakia.
English
All Publications »
Feedback: