REUTERS - Saudi Energy Minister Khalid al-Falih said consensus was emerging among the OPEC+ group of oil producers to continue working towards oil market stability in the second half of the year, the Saudi-owned Arab News newspaper reported on Monday.

Oil prices in May sustained their worst monthly fall in six months on worries that trade disputes would hit demand for crude.

Saudi Arabia produced 9.65 million barrels per day (bpd) of oil in May, a Saudi industry source said, a deeper cut than its target set by the Organization of the Petroleum Exporting Countries and allies including Russia, a group known as OPEC+.

"We will do what is needed to sustain market stability beyond June. To me, that means drawing down inventories from their currently elevated levels," Arab News quoted Falih as saying.

U.S. crude stockpiles fell less than expected last week, data from the Energy Information Administration showed on Thursday. Stocks are near their highest since July 2017 and about 5% above the five-year average.

Feeding bearish market sentiment, the United States and China, the world's two biggest economies, are embroiled in a trade war that has stoked fears of a global economic slowdown which in turn would weigh on oil demand.

But at the same time, U.S. sanctions on OPEC members Venezuela and Iran have slashed their oil exports.

"Increasing trade friction and potential barriers would certainly have a negative impact on the global economy and oil demand growth. But the direction of the negotiations (between the United States and China) is hard to predict," Falih said.

"You can be sure that we will be responsive ... These levels (of volatility) are totally unwarranted in light of both the current market fundamentals, which remain healthy, and the high levels of discipline by OPEC+ producers." 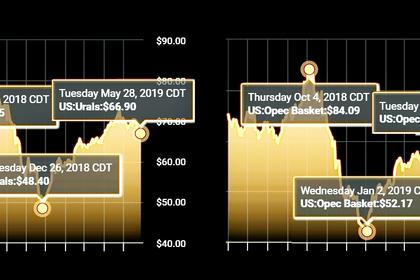 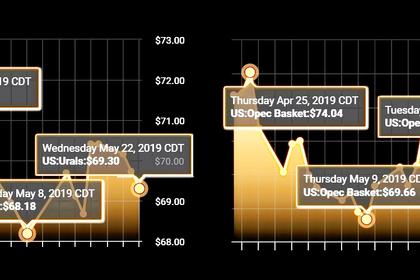 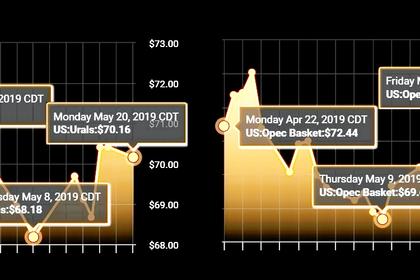 BALANCED OIL MARKET
Following its 14th Meeting, which took place on 19 May 2019, in Jeddah, the Kingdom of Saudi Arabia, the Joint Ministerial Monitoring Committee (JMMC) has reaffirmed its commitment to achieving a balanced market and working towards oil market stability on a sustainable basis with solid fundamentals.
English 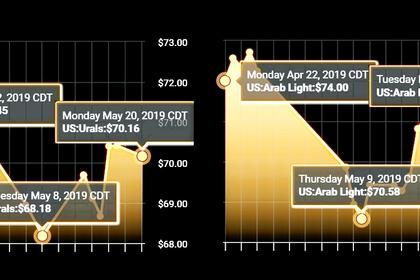 OPEC+ WILL STAY
"We want to bring inventories down to a more normal levels," Falih said. "We need to stay the course and do that in the weeks and months to come."
English
All Publications »
Tags: OPEC, RUSSIA, OIL, PRODUCTION, PRICE
OIL PRICE: BRENT BELOW $86, WTI NEAR $79