AUSTRALIA'S COAL TO CHINA UP

AUSTRALIA'S COAL TO CHINA UP

PLATTS - Coal exports from the Port of Gladstone in Queensland, Australia, rose to a five-month high in June aided by a surge in volumes to China, which helped offset a slump in total Chinese coal imports, data from the Gladstone Ports Corp. showed Monday.

A total of 6.43 million mt were exported from Gladstone, up 2% year on year and 8% month on month, and the highest monthly volume since the 6.45 million mt seen in January, GPC figures showed. 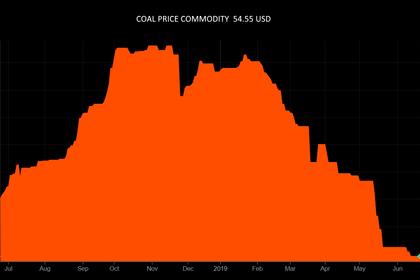 COAL PRICES DOWN
Prices for benchmark premium Australian coal out of Newcastle hit their weakest since September 2016 last week at $70.78 per ton and are likely to fall further given a slowing global economy.
English 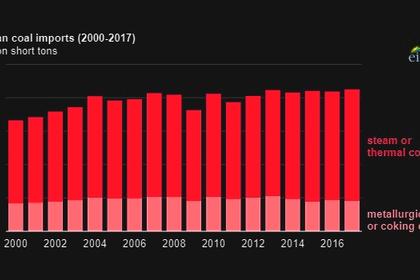 COAL FOR JAPAN
Japan imported more than 210 million short tons (MMst) of coal in 2018, making it the world’s third-largest coal-importing country after only India and China. Japan continues to use steam coal to fuel one-third of its electricity generation and metallurgical coal for raw steel production.
English
All Publications »
Tags: AUSTRALIA, COAL, CHINA
OIL PRICE: ABOVE $39 ANEW