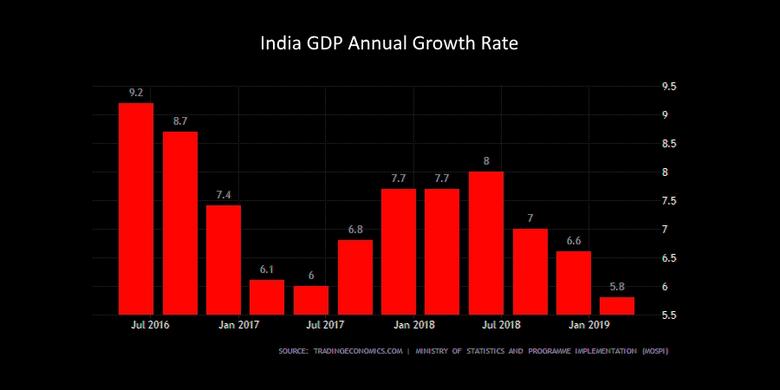 AN - India predicted on Thursday that economic growth in the current fiscal year could rise to 7 percent from 6.8 percent for the year that ended March 31, which was the slowest pace in five years.

The government's economic survey, presented to parliament on Thursday, said India will face a challenge on the fiscal front following an economic slowdown impacting tax collections amid rising state expenditure on the farm sector.

The projection comes a day before the government is due to unveil its budget for the 2019/20 year.

"The GDP growth of 7 percent for FY20 projected by the Economic Survey is in line with our expectations. High-frequency indicators show that growth in Q1FY20 remained weak and we expect Q2 to remain weak as well," said Anagha Deodhar, economist at ICICI Securities.

"Assuming inflation of 3.7 percent in FY20, nominal GDP growth for FY20 is likely to be ~10.7 percent. Hence, we expect the government to revise the tax collection target downwards.

"The survey argues that accommodative monetary policy is likely to cut real lending rates, however, we believe slow transmission is likely to limit gains."