OGJ - US crude oil inventories for the week ended June 28, excluding the Strategic Petroleum Reserve, decreased by 1.1 million bbl from the previous week, according to data from the US Energy Information Administration.

Separately, the American Petroleum Institute said its own estimates showed US crude inventories decreased by nearly 5 million bbl for the week.

At 468.5 million bbl, US crude oil inventories are 5% above the 5-year average for this time of year, the report indicated.

Propane-propylene inventories increased by 1.3 million bbl last week and are about 11% above the 5-year average for this time of year, EIA said.

US refinery inputs averaged 17.3 million b/d for the week ended June 28, about 47,000 b/d less than the previous week's average. Refineries operated at 94.2% of capacity. 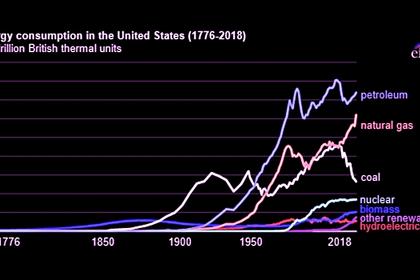 U.S. FOSSIL FUELS UP
Fossil fuels—petroleum, natural gas, and coal—have accounted for at least 80% of energy consumption in the United States for well over a century.
English 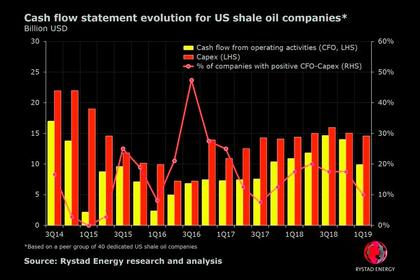