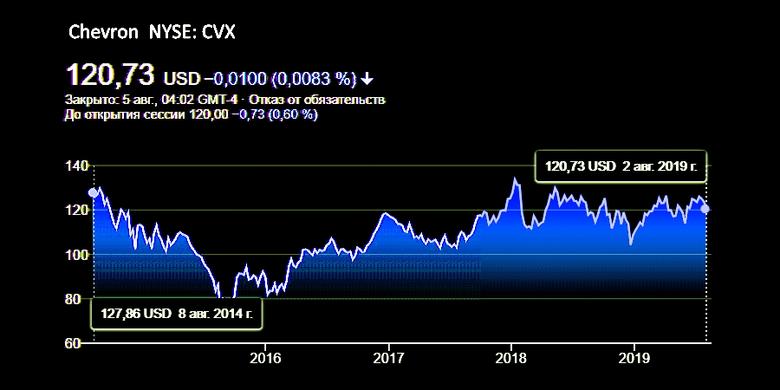 San Ramon, Calif., Aug. 2, 2019 – Chevron Corporation (NYSE: CVX) today reported earnings of $4.3 billion ($2.27 per share - diluted) for second quarter 2019, compared with $3.4 billion ($1.78 per share - diluted) in the second quarter of 2018. Included in the current quarter were earnings of $740 million associated with the Anadarko merger termination fee and a noncash tax benefit of $180 million related to a reduction in the Alberta, Canada corporate income tax rate. Foreign currency effects increased earnings in the 2019 second quarter by $15 million. Sales and other operating revenues in second quarter 2019 were $36 billion, compared to $40 billion in the year-ago period.

"Second quarter earnings and cash flow benefited from record quarterly production volumes and the receipt of the Anadarko merger termination fee, partially offset by the impact of lower oil and gas prices," said Michael Wirth, Chevron's chairman of the board and chief executive officer. "Net oil-equivalent production was the highest in the company's history, driven by continued growth in the Permian Basin and at Wheatstone in Australia."

"Our strong financial and operational results reflect consistent execution, allowing us to pay our dividend, fund our attractive capital program, further strengthen our balance sheet and  return surplus cash to our shareholders. After suspending our share repurchases while in merger discussions with Anadarko, we resumed buybacks in May and expect to be at our planned repurchase rate of $5 billion per year in the third quarter," Wirth added.

"We continue to high-grade our portfolio and made progress on our three-year target of $5-10 billion of asset sale proceeds. During the quarter, we executed a sales agreement for our U.K. Central North Sea upstream assets, which we expect to close later this year. We also completed the acquisition of the Pasadena refinery in Texas, which will enable us to supply more of our retail market with Chevron-produced products and process more domestic light crude oil," Wirth said.

The company also recently entered into agreements to invest in renewable natural gas plants in California and to purchase renewable power in Texas for its Permian Basin operations. 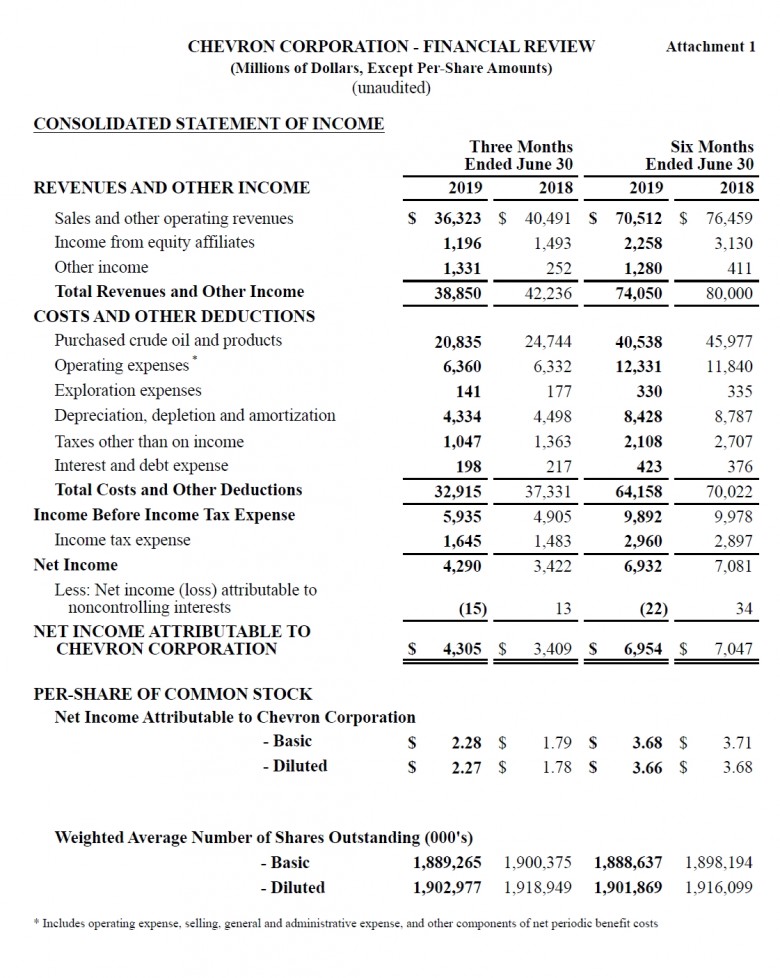 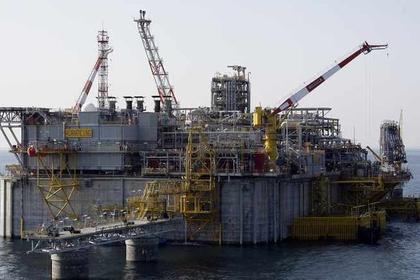 CHEVRON, QATAR DEAL $8 BLN
Chevron Phillips Chemical, a joint venture of Chevron and Phillips 66, will be the majority owner with a 51 percent share, with Qatar Petroleum owning 49 percent of the project. The companies expect a final investment decision no later than 2021 for the project, which has a target of starting in 2024.
English
All Publications »
Tags: CHEVRION
OIL PRICE: BRENT NEAR $99, WTI NEAR $94