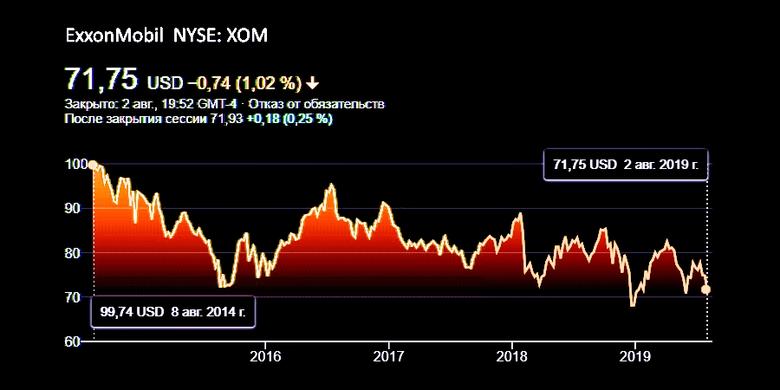 Exxon Mobil Corporation today announced estimated second quarter 2019 earnings of $3.1 billion, or $0.73 per share assuming dilution, compared with $4 billion a year earlier. Earnings included a favorable identified item of about $500 million, or $0.12 per share assuming dilution, reflecting the impact of a tax rate change in Alberta, Canada. Capital and exploration expenditures were $8.1 billion, up 22 percent from the prior year, reflecting key investments in the Permian Basin.

"We continue to make significant progress toward delivering our long-term growth plans," said Darren W. Woods, ExxonMobil chairman and chief executive officer. "Our new U.S. Gulf Coast steam cracker is exceeding design capacity by 10 percent, less than a year after startup. Our upstream liquids production increased by 8 percent from last year, driven by growth in the Permian Basin, and we are preparing to startup the Liza Phase 1 development in Guyana, where the estimated recoverable resource increased to more than 6 billion oil-equivalent barrels."