WBG - WASHINGTON, July 19, 2019—The World Bank Group mobilized over $14.4 billion in lending and guarantees to support sustainable development and poverty reduction in Latin American and the Caribbean during the 2019 fiscal year ending June 30. This included a combined $6.4 billion from the International Bank for Reconstruction and Development (IBRD) and the International Development Association (IDA) typically referred to as the World Bank, a record $6.2 billion from the International Finance Corporation (IFC) to promote private sector led sustainable development, and almost $1.8 billion in guarantees by the Multilateral Investment Guarantee Agency (MIGA). 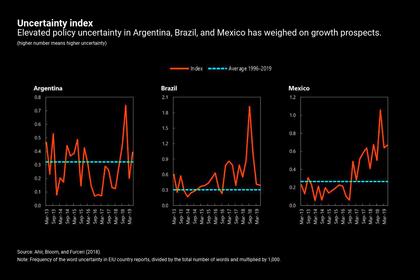