The collapse ended a fragile rally built on steady drawdowns in U.S. inventories, even as global demand looked shaky because of the trade dispute.

Trump said on Thursday he would impose a 10% tariff on $300 billion of Chinese imports from Sept. 1 and could raise tariffs further if China's President Xi Jinping fails to move more quickly to strike a trade deal.

The announcement extends Trump's tariffs to nearly all of China's imports into the United States and marks an abrupt end to a temporary truce in a trade war that has disrupted global supply chains and roiled financial markets.

The gains may mean investors are reassessing the move by Trump and its effects, Stephen Innes, managing partner at VM Markets told Reuters by email.

"Just like in shooting wars: the buildup and each stage of campaigns have triggered risk-off events but with diminishing impact over time," he said.

"Much the same could be true right now about the escalation of tariffs (and) with time, investors have managed to sidestep them and returned to the familiarity of focusing on the data, which in the case of the U.S. economy, still looks good," Innes said.

The U.S. economy expanded by 2.1% in the second quarter, government data showed on July 26, which beat economists' expectations, though it was lower than first quarter growth.

Still, there are some signs of the economic toll of the trade dispute between the United States and China, which this week reported slowing manufacturing activity in July.

U.S. manufacturing activity also slipped last month, dropping to a near three-year low, and construction spending fell in June as investment in private construction projects tumbled to its lowest level in 1-1/2 years, data showed on Thursday.

The economic slowdown has translated into falling oil demand in the United States, the world's biggest oil consumer.

The amount of crude processed at U.S. oil refineries averaged 17.2 million barrels per day over the past four weeks, down 1.3% from the same time a year ago, U.S. government data showed this week. 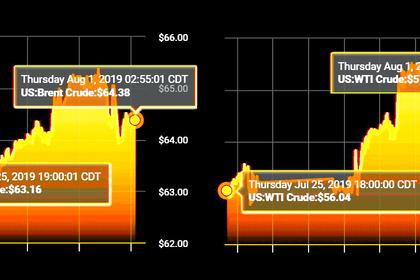 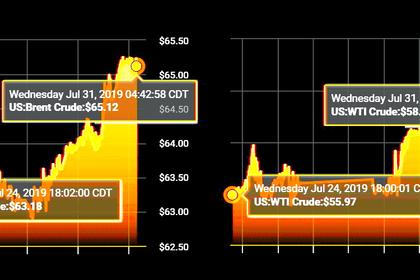 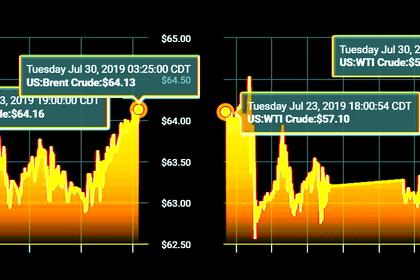 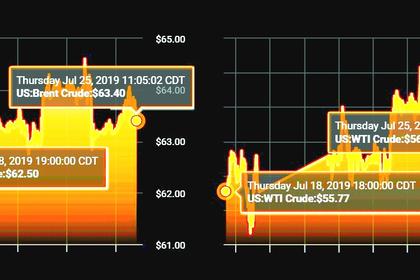 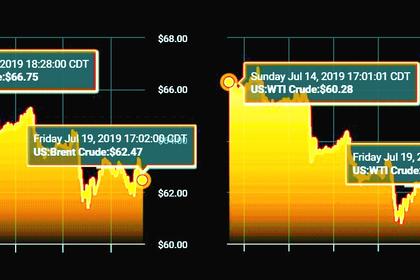 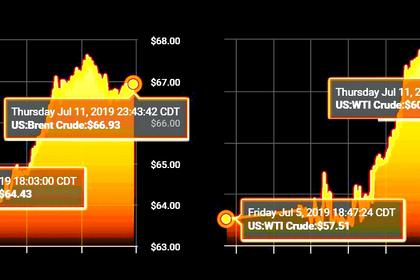 OIL PRICE: NEAR $67
Brent for September settlement rose 38 cents, or 0.6%, to $66.90 a barrel on the ICE Futures Europe Exchange. Prices are up 4.2% this week. The global benchmark crude traded at a $6.32 premium to WTI for the same month.
English 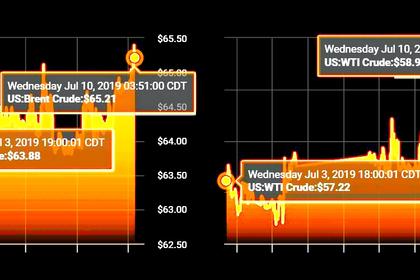