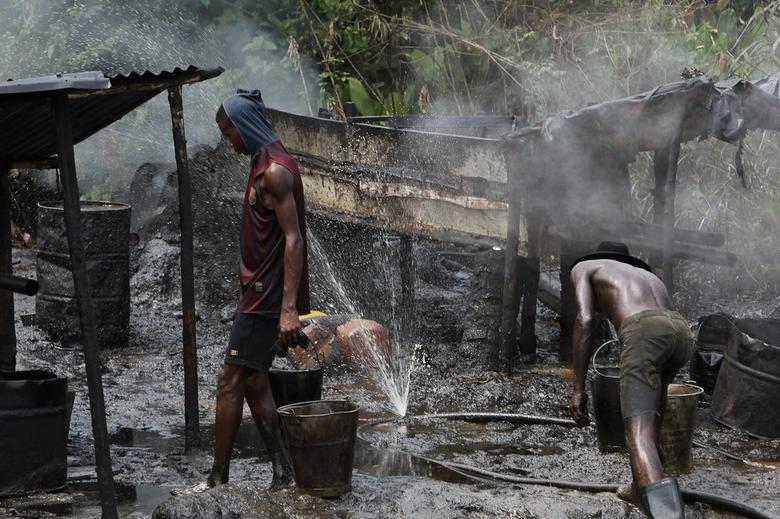 PLATTS - Nigeria lost about 22 million barrels of its crude oil production to theft in the first half of this year, Nigerian National Petroleum Corp. said Friday, warning that illegal tapping into production facilities was on the rise, threatening supply.

The figure translates into over 120,000 b/d lost to theft, or 6% of Nigeria's daily output. Nigeria's oil output including condensates had continued to rise, hovering around 2.2 million b/d in the first week of August, according to NNPC estimates.

But the state oil firm warned of the renewed risk of continued sabotage of pipelines and other production facilities to the Nigerian economy.

If nothing was done to curtail the trend, the loss could double by the end of the year, NNPC said in a statement.

"The twin menace of oil theft and pipeline vandalism were beginning to pose a threat to the national economy," it said.

Worried by the rising trend, the government has set up a committee to try to solve the issue and includes members from the six southern oil producing states, the military as well as foreign and local oil companies.

NNPC recorded a 77% increase in cases of oil pipeline vandalism in its network of pipeline infrastructure in June, it said Tuesday.

Nigerian oil production plummeted plummet to a 30-year low of around 1.4 million b/d in mid-2016 due to attacks on oil installations.

It has recovered in the past six months, helped by the startup of the 205,000 b/d deepwater Egina field. 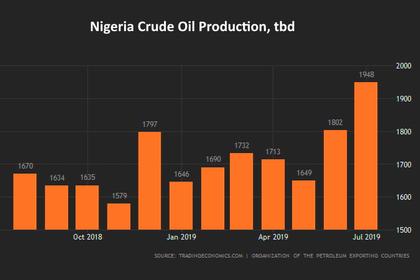 NIGERIA'S OIL PRODUCTION UP TO 2.2 MBD
Nigeria's oil production hovered around 2.2 million b/d in the first week of August, compared with around 1.92 million b/d a year ago.
English
All Publications »
Tags: NIGERIA, OIL
OIL PRICE: BRENT BELOW $88, WTI ABOVE $81