WNN - A new small modular reactor (SMR) design has been announced by the French Alternative Energies and Atomic Energy Commission (CEA), EDF, Naval Group and TechnicAtome. The Nuward - with a capacity of 300-400 MWe - has been jointly developed using France's experience in pressurised water reactors (PWRs).

In a joint statement, the organisations said the Nuward design has been developed to meet "growing world demand for decarbonised, safe and competitive electricity generation". The design will "benefit from best in class French technologies… 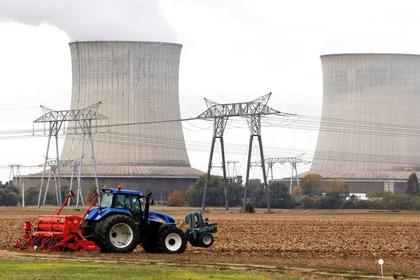 FRANCE'S NUCLEAR POWER UP 1.8%
French nuclear electricity generation rose 1.8% to 27.8 terawatt hour (TWh) in August compared with the same month a year ago due to fewer unplanned outages and fewer heatwaves that can affect plant output, EDF said
English 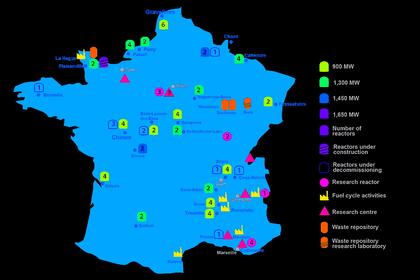 FRANCE'S NUCLEAR EFFICIENCY
With 58 nuclear power reactors producing nearly 72% of France’s electricity in 2018, France is one of the countries with the highest share of nuclear power in its energy production.
English
All Publications »
Tags: FRANCE, NUCLEAR, POWER, REACTOR, SMR
OIL PRICE: NEAR $34

AUSTRALIA'S SOLAR AND BATTERY MICRO-GRIDS
“Stand-alone power systems, which are usually a combination of solar, batteries and a back-up generator, are getting cheaper and more sophisticated. In contrast, supplying customers using poles and wires in remote areas can be very costly.”
English
All Publications »
Обратная связь: