REUTERS - Oil prices weakened on Monday after new tariffs imposed by the United States and China came into force, raising concerns about a further hit to global growth and demand for crude.

The United States began imposing 15% tariffs on a variety of Chinese goods on Sunday - including footwear, smart watches and flat-panel televisions - as China put new duties on U.S. crude, the latest escalation in a bruising trade war.

U.S. President Donald Trump said both sides would still meet for talks later this month. Trump, writing on Twitter, said his goal was to reduce U.S. reliance on China and he again urged American companies to find alternate suppliers outside China.

Beijing's levy of 5% on U.S. crude marks the first time the fuel had been targeted since the world's two largest economies started their trade war more than a year ago.

"Despite President Trump dismissing concerns about a protracted trade war, we are of the view that the latest escalation would not result in a trade deal anytime soon," said Samuel Siew, investment analyst at Phillip Futures in Singapore.

Elsewhere, oil output from members of the Organization of the Petroleum Exporting Countries rose in August for the first month this year as higher supply from Iraq and Nigeria outweighed restraint by top exporter Saudi Arabia and losses caused by U.S. sanctions on Iran, a Reuters survey found.

In the United States, energy companies cut drilling rigs for a ninth month in a row to the lowest level since January last year. 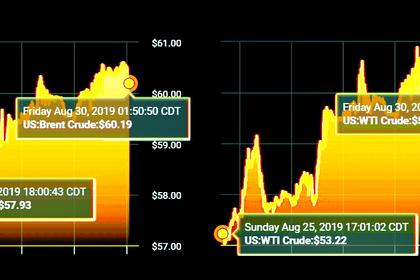 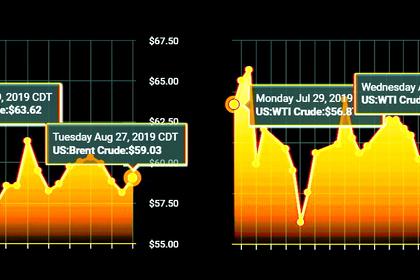 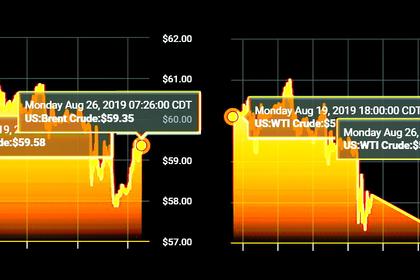 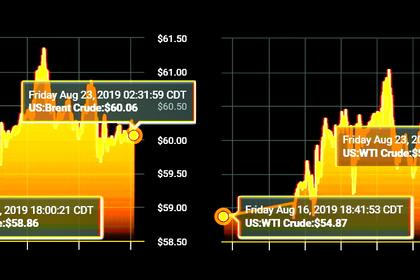 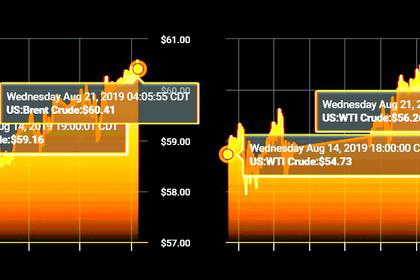 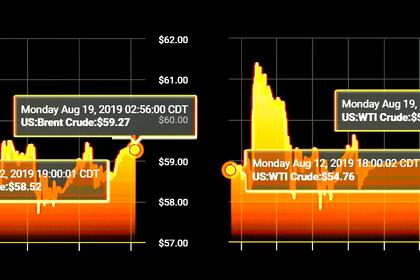 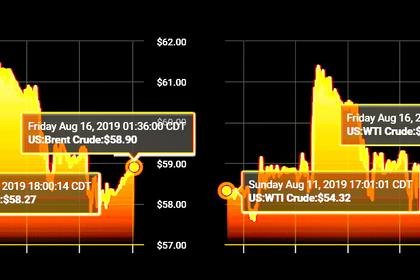