AB - For the first time in eight years, the Bank of Russia's total stockpile of cash, gold and other securities is about to surpass Saudi Arabia's, highlighting the Kremlin's leverage in talks between major oil producers about how much to reduce production.

While Saudi Arabia has been draining its reserves to cover social spending amid low oil prices, Russia has tightened its budget and is running a surplus amid fears of new sanctions. With Russia increasingly the deciding voice in discussions with the Organization of Petroleum Exporting Countries, the financial divergence is the latest sign of the changing fortunes between the big oil players.

"OPEC can no longer ignore Russia because of its importance as an oil exporter and its economy," said Elina Ribakova, deputy chief economist at the Institute of International Finance in Washington. "The Russians will continue doing just enough to engage with the Saudis on oil production."

The price of Brent crude has plunged more than 20 percent since April to around $57 a barrel, far below levels most OPEC nations, including Saudi Arabia, need to cover government spending.

The group and its partners pledged in December to reduce daily output, but it's unclear whether Russia, the biggest non-OPEC partner will be willing to cut further. President Vladimir Putin has indicated he's satisfied with prices near current levels.

Russia's reserves have swelled 45 percent in the past four years to total $518 billion in June.

Saudi Arabia's are following the opposite trajectory, with reserves falling to $527 billion by June, as the kingdom spends money stockpiled when oil prices were much higher.

The divergence means Russia is about to leapfrog Saudi Arabia into fourth place in the world for reserve size. Saudi Arabia's stockpile is likely to keep falling as the trade war weighs on global growth and oil prices.

Russia, which now bases its budget on oil at around $40 a barrel, about half the level for Saudi Arabia, will likely be able to keep adding to its rainy day fund.

A recent batch of sanctions from the US that block non-ruble debt issuance gives Russia even more reason to hoard cash, although pressure is also rising from government to spur economic growth by increasing spending.

"Putin is determined to minimize refinancing risk for Russia so has supported responsible fiscal policy," said Charles Robertson, global chief economist at Renaissance Capital in London. "The Saudis by contrast went from a budget deficit to a budget surplus. Now they're happy to run down those savings during the bad times." 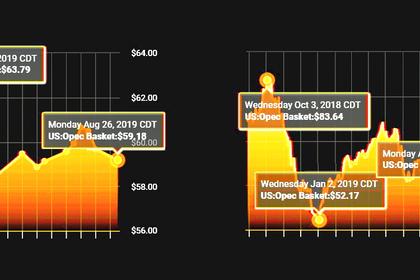 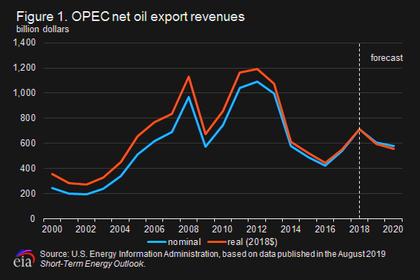 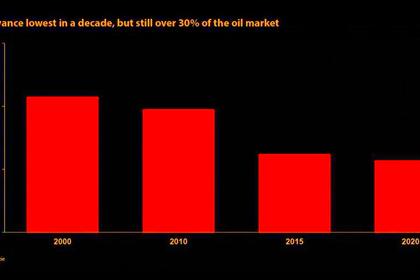 OPEC MARKET SHARE DOWN
Crude oil from the Organization of the Petroleum Exporting Countries made up 30% of world oil supply in July 2019, down from more than 34% a decade ago and a peak of 35% in 2012, according to OPEC data.
English 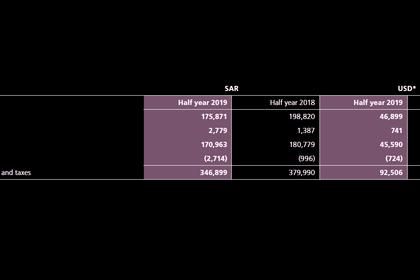