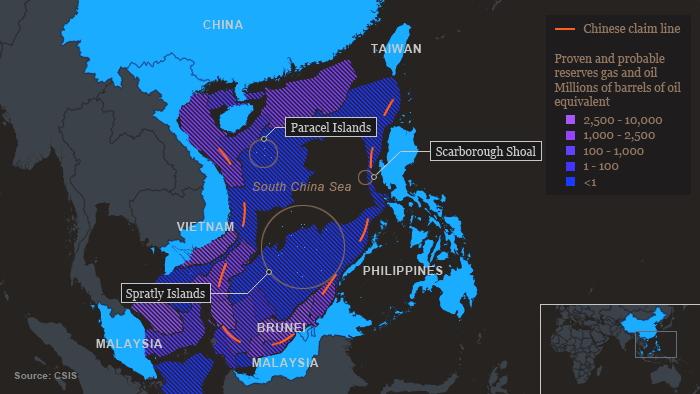 BLOOMBERG - The U.K., France and Germany have called for restraint in the South China Sea amid reports that Chinese and Vietnamese vessels are facing off in the disputed waters over competing territorial claims.

The tensions "could lead to insecurity and instability in the region," they said in a joint statement issued Thursday. The three nations, without mentioning Vietnam or China, said the legal framework set out by the United Nations Convention on the Law of the Sea granting several claimants sovereign rights to the waters "must be carried out."

"We call on all coastal states of the South China Sea to take steps and measures that reduce tensions and contribute to maintaining and promoting peace, security, stability and safety in the region, including as regards the rights of coastal states in their waters," the statement reads.

Vietnam's Ministry of Foreign Affairs did not immediately respond to a request for comment.

When asked about the statement during a regular briefing on Friday, China's Ministry of Foreign Affairs spokesman Geng Shuang said the situation in the South China Sea was stable and blamed non-regional countries of "hyping up the tensions."

"We urge the relevant countries to view this issue objectively, to stop making such negative remarks, and to create a favorable atmosphere for the regional countries," he said.

Chinese and Vietnamese coast guard vessels are engaged in a high-profile standoff over a lucrative oil block claimed by Vietnam near its coast. The U.S. last week criticized China's move to send a survey ship off Vietnam as "an escalation by Beijing in its efforts to intimidate other claimants out of developing resources in the South China Sea."

China accused the U.S. of trying to drive a wedge between China and other countries and create "chaos" in the region.

In recent months, Beijing has stepped up efforts to pursue administrative control within its so-called "nine-dash line" encompassing some 80% of the South China Sea. Its recent actions openly challenge a Hague Tribunal ruling that declared the territory claim illegal three years ago.

The three European countries called on claimants to respect that ruling, urging China and Asean countries to come to terms on a code of conduct in the South China Sea.

"France, Germany, and the United Kingdom welcome the on-going negotiations," the statement said. 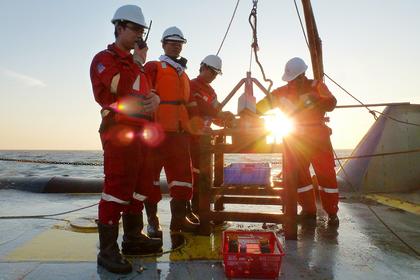 U.S. WANT VIETNAM OIL AND GAS
U.S. energy firms had interests in the South China Sea and Washington was “committed to bolstering the energy security of our partners and allies in the Indo-Pacific region and in ensuring uninterrupted regional oil and gas production for the global market.”U.S. warships have conducted periodic “freedom of navigation” operations in the South China Sea to challenge China’s claim to nearly all of the strategic waterway.
English
All Publications »
Tags: SOUTH CHINA SEA, CHINA, OIL, GAS, VIETNAM
OIL PRICE: BRENT BELOW $86, WTI NEAR $79