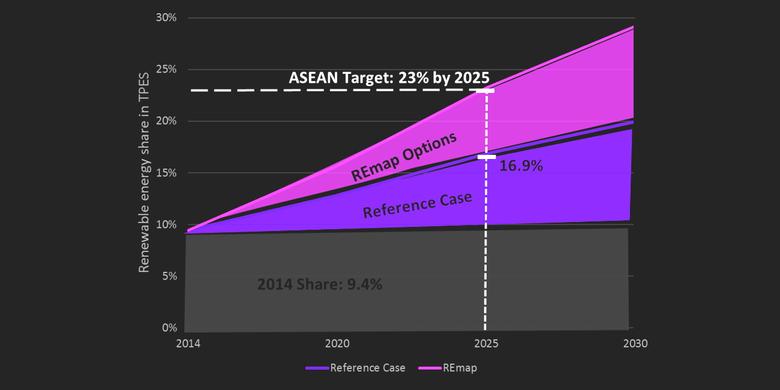 AP - Technological innovations and favourable government policies are among the four trends expected to drive Southeast Asia's transition to renewable energy in the coming years.

A report published by global auditing firm KPMG titled 'The Renewable Energy Transition' noted that while there are still 70 million ASEAN citizens without access to reliable electricity, the potential for renewable energy is huge in those markets and governments are increasingly turning to solar and wind energy to address the issue.

Consumers driving the green agenda forward and the entry of new funds into the ASEAN renewable energy market are two other trends identified in the report.

Each of ASEAN's 10 members have set targets for renewable energy, and technological innovations such as better solar power efficiency and floating solar panels means that renewable energy is now more accessible than ever before.

The establishment of RE100 in 2014 – a collaborative, global initiative uniting more than 100 influential businesses committed to 100 percent renewable energy – is a prime example of how consumers are helping to boost demand for renewable energy, especially since commerce and industry use up two thirds of the world's electricity. Among the companies in the group include Google, Microsoft, Coca Cola and IKEA – all of which have a strong presence in ASEAN.

The World Bank, Asian Development Bank (ADB) and Japan Bank for International Cooperation are leading the way in renewable energy investment in the region, which has helped to bring prices down. While prices have often been a key concern, falling costs and rising demand are now helping to push the industry forward.

"The price of renewable energy has dropped sharply over the past five years and is expected to reach the price of electrical energy within the next five years," said Sharad Somani, Executive Director and Asia Pacific Head of Power & Utilities at KPMG. "Once that happens, there will be more investors." 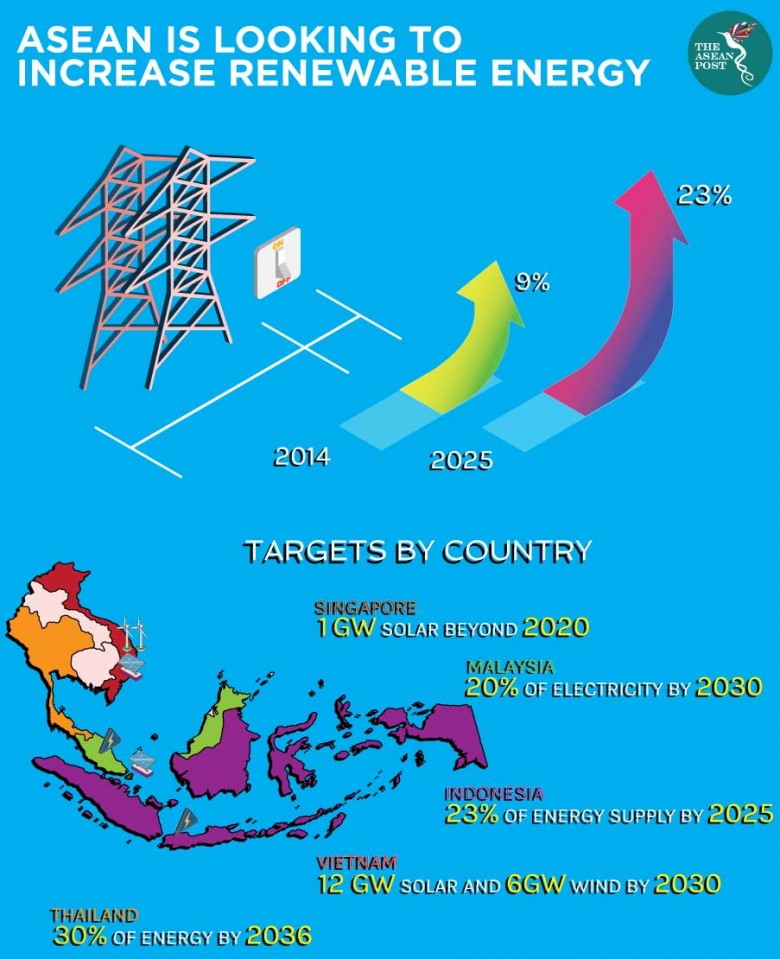 With the Philippine Board of Investments approving eight solar projects worth US$1.6 billion last year, continued government support is helping to replace coal and diesel models with indigenous alternatives.

"Solar, wind, run-of-river hydro, geothermal, biogas, and storage are competitive, viable domestic options that can be combined to create a cheaper, more diverse and secure energy system," said Sara Jane Ahmed, an IEEFA energy finance analyst and the author of the report.

With ASEAN's strong economic growth exceeding four percent annually, the region's energy consumption has doubled since 1995 – and demand is expected to continue growing at 4.7 percent per year through 2034, according to the International Renewable Energy Agency (IRENA) in its 'Renewable Energy Market Analysis: Southeast Asia' report published last year.

With that in mind, ASEAN has set a target of 23 percent renewables in the region's energy mix by 2025 – a 250 percent increase from 2014. To do that, though, Southeast Asian countries will have to substantially scale-up their deployment of renewables in the power sector, as well as in heating, cooling and transport.

According to Jonathan Goh, Director for External Relations at the Energy Market Authority of Singapore, ASEAN also has to focus on energy storage as one of the solutions to overcome the energy intermittency affecting renewable energy such as solar.