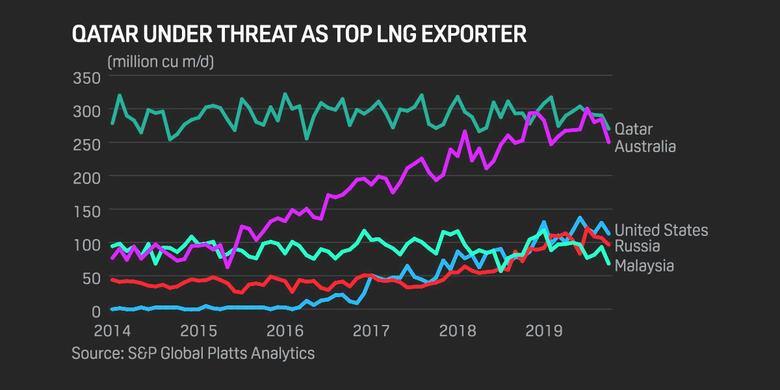 PLATTS - Qatar Petroleum will supply Kuwait Petroleum Corporation with up to 3 million mt/year of liquefied natural gas over 15 years starting in 2022 as the Persian Gulf country seeks to rely more on gas for power generation.

"This agreement extends Qatar's long standing LNG supply relationship with Kuwait well into the 2030's and highlights our commitment to meeting Kuwait's LNG requirements," Saad al-Kaabi, minister of state for energy affairs and the CEO of Qatar Petroleum, said in a statement on Sunday.

Kuwait, which began importing LNG in 2009, is in dire need of gas for power generation and is seeking to lower reliance on crude to produce electricity and water. In 2017, it signed a 15-year LNG agreement with Shell for supplies to start this year.

"The state of Kuwait is embarking on an ambitious path of economic growth, which requires cleaner energy sources such as natural gas that will contribute to reducing emissions and improving local air quality," Khaled al-Fadhel, Kuwait's energy minister, said in the statement. "Whilst KPC is working towards increasing local natural gas production, there remains a pressing need to secure imports of natural gas supplies."

Qatar plans to boost its production capacity to 126 million mt/p by 2027, a 64% increase from the current 77 million mt/year, Kaabi said in November.

The offshore North Field, where most of Qatar's gas is sourced, has supported the country's position as the world's biggest LNG exporter for years with shipments averaging around 300 million cu m/day. A raft of recent LNG projects in Australia means Qatar may lose its crown as the top LNG supplier this year.