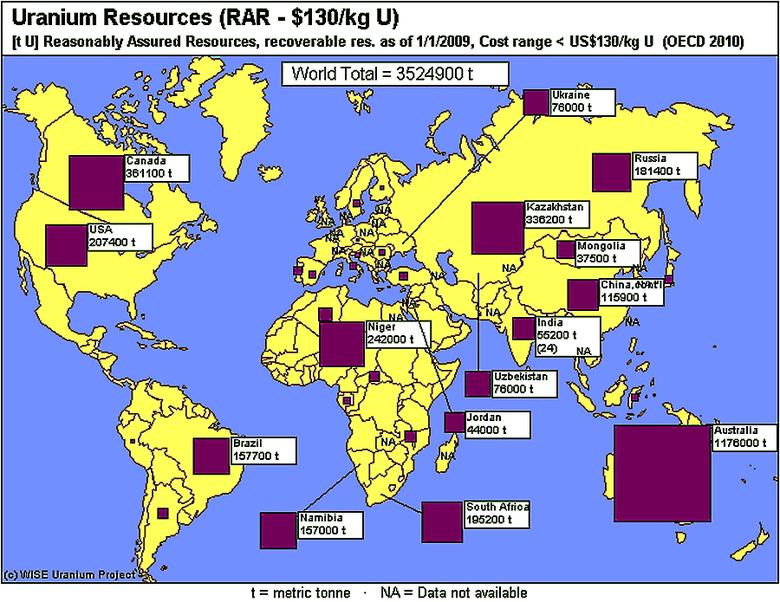 WNN - 30 September 2020 - The government of Brazil's northeast state of Ceará and the Santa Quitéria Consortium have signed a Memorandum of Understanding for the construction of a uranium and phosphate extraction plant in Itatiaia, Santa Quitéria. The consortium is a partnership between fuel cycle company Indústrias Nucleares do Brasil and fertiliser producer Galvani.

The deposit - located in the interior of the state of Ceará - is the largest discovered uranium reserve in Brazil. An estimated 142,200 tonnes of uranium is inter-mixed with phosphates. The deposit has exploitable reserves of 79.5 million tonnes of ore, at grades of 11% P2O5 and 0.0998% U3O8, equating to about 8.9 million tonnes of P2O5 and 79.3 thousand tonnes of U3O8.

The consortium - formed in June 2008 - will initially invest USD400 million in the Itatiaia facility, the operation of which is expected to begin in 2023. The project is expected to generate up to 2500 jobs, of which 500 will be direct.

The facility is planned to produce 1600 tonnes of U3O8 per year as a by-product of 240,000 tonnes of P2O5. The phosphates extracted would be used by Galvani for the manufacture of fertilisers and animal feed, while INB will use the uranium by-product for the production of uranium concentrate for nuclear fuel.

Operation of the extraction plant will quadruple the output of uranium concentrate used by INB in the production of nuclear fuel, and increase Brazil's production of phosphate fertilizers by 10%.

On signing the MoU on 28 September, INB President Carlos Freire Moreira said: "Our economic recovery will depend a lot on projects that generate jobs and add value, like the one we are going to install in Ceará. That's why we believe in this partnership with Santa Quitéria and the Government of Ceará."

Brazil has a small nuclear power programme. Two pressurised water reactors - Angra 1 and 2 - supply about 3% of the country's electricity. National planners are preparing to complete a third unit at Angra and are analysing the possibilities for several more at other sites. A small uranium enrichment facility also operates at Resende.

NUCLEAR POWER: TREMENDOUS OPPORTUNITY
That's why I think nuclear has a tremendous opportunity. There is simply not another energy technology before us today that can do the things that nuclear can do.
English
All Publications »
Tags: BRAZIL, NUCLEAR, URANIUM, FUEL
OIL PRICE: BRENT BELOW $82, WTI BELOW $75