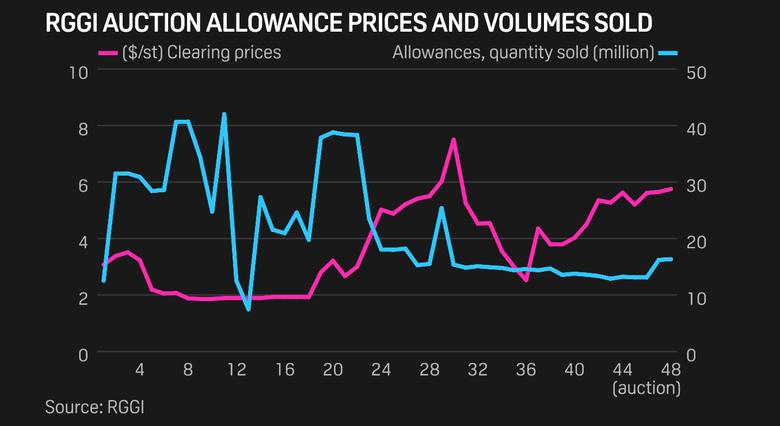 PLATTS - 01 Oct 2020 - Carbon pricing could solve the "missing money" problem capacity markets were designed to address and, in doing so, eliminate the need for regulations the Federal Energy Regulatory Commission has defended as necessary to mitigate the potential for price suppression from states' out-of-market resource procurement decisions, an economist said Sept. 30.

Power plant owners have complained for years about missing money, referring to lower revenues caused by policies and other factors that have driven energy and ancillary services prices down to levels that cannot sustain investment. With the launch of capacity markets, grid operators sought to make up for this missing money and ensure resource adequacy.

The market rules have been criticized for lessening the likelihood that state-sponsored renewable resources will clear the capacity market, forcing consumers to pay for the subsidized generation as well as for a secondary fleet of resources able to clear the market and tick off reliability requirements that renewables are being precluded from counting toward.

"If carbon pricing allows those renewables to have enough revenue because the value of emissions will now be compensated in the energy markets, there is no longer a need for above-market contracts from the states," Matthew White, ISO New England's chief economist, said during a FERC technical conference on carbon pricing in wholesale markets.

He noted that some onshore wind facilities in New England are already economic and receive an offer floor of $0 under the region's MOPR rules.

"If that happens to all of the types of technologies the states seek to pursue, there is no longer a need for the MOPR; the energy market with carbon pricing has solved that problem," White asserted. "And the double payment that we hear much about in New England has been nicely solved in the course, by virtue of the carbon pricing."

Delving further into the logic of his assertions, White said that carbon pricing along with improvements to energy scarcity pricing could account for much of the so-called missing money for most generators. If the power sector heads in that direction through carbon pricing, "then there's no real reason to worry about price suppression in the capacity market because there's no missing money in the capacity market," he said.

"It provides a longer-term signal to the types of resources that you want to transition to and allows you to efficiently dispatch and invest in those resources that have the capabilities that you need," he said.

Challenges, however, could arise from a patchwork of different carbon programs across a regional footprint with little to no coordination. Different mechanisms and the interaction between those mechanisms could actually hinder competition, Rothleder contended.

Analysis by PJM Interconnection also pointed to benefits from a systemwide approach to carbon pricing as opposed to a few states trying to set an example with a high carbon price, Anthony Giacomoni, senior market strategist for advanced analytics at PJM, said.

"We found that even if you apply a $6/st carbon price across the entire PJM region, you get lower emissions and lower average prices for all regions, even those that don't have the carbon price applied, than if you applied a $25 price to just the eastern half of the PJM region," Giacomoni said.

"Individual states can take the lead on this, but if you look at what's most efficient for consumers, RTO-wide programs are by far the most cost-effective and effective at reducing emissions," he said.

Asked about the potential market repercussions of implementing a uniform carbon price across an RTO that is too low, White chimed in that such a scenario is the status quo.

He pointed to the Regional Greenhouse Gas Initiative in which all six New England states participate and that most recently cleared under $6/st.

While nothing would change if the carbon price remains too low, "it would be a lost opportunity."

White added that the move to a higher carbon price did not have to be immediate.

"Carbon pricing as a political reality doesn't have to be a big bang," he said. "One can certainly have a graduated system of carbon pricing that escalates over time, in a transparent way to facilitate investment, so that people can see the higher price of carbon going forward and make adjustments in time to account for it." 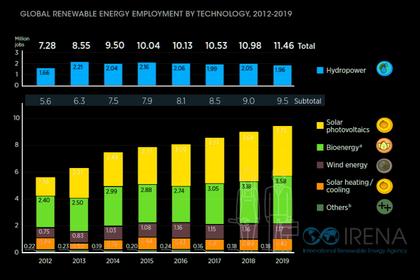 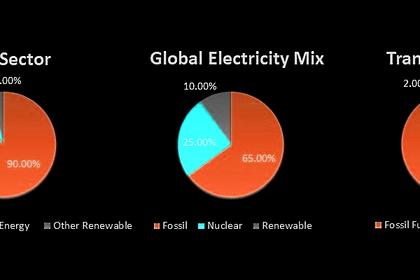 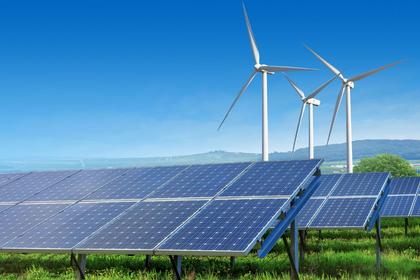 CLEAN ENERGY TECHNOLOGIES: MUST USE
With global carbon emissions at unacceptably high levels, structural changes to the energy system are required to achieve the rapid and lasting decline in emissions called for by the world’s shared climate targets.
English
All Publications »
Tags: CARBON, POWER, ENERGY, ELECTRICITY, PRICE, CLIMATE
OIL PRICE: BRENT NEAR $117, WTI ABOVE $111