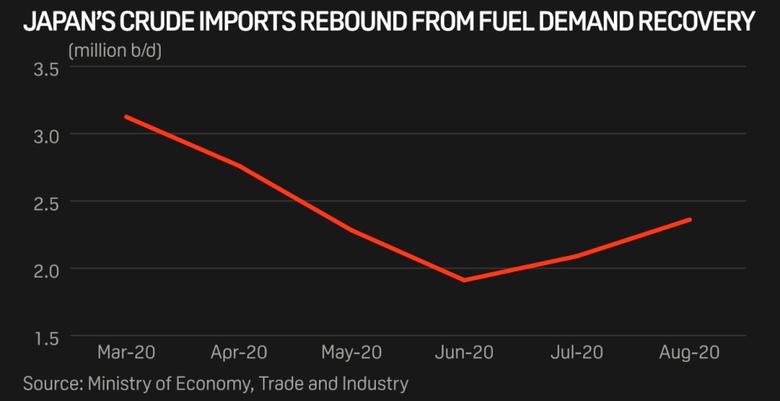 PLATTS - 30 Sep 2020 - Japan's demand for crude oil and refined products improved significantly during the peak summer demand month of August, with crude imports recovering to 2.36 million b/d, up 13% from the lowest level in more than half a century reached in July.

The August crude imports, however, were down 23.9% from a year earlier and marked the lowest level in 32 years for the month, according to preliminary data released Sept. 30 by the Ministry of Economy, Trade and Industry.

Japanese refiners and traders expect recovery in the domestic oil demand to be slow in the coming months without a significant improvement in situations surrounding the coronavirus pandemic, according to industry sources.

"Depending on the spread of the coronavirus pandemic as well as how the situation is resolved going forward, we expect the current level of demand to continue if the current situation persists," Petroleum Association of Japan President Tsutomu Sugimori said Sept. 17. "Looking at the second half of the current fiscal year, we do not expect demand to recover until the end of the fiscal year [March 31, 2021]."

Japan's August crude imports increased from July as its imports from Saudi Arabia, which was the largest crude supplier for the month, jumped 15.2% month on month to 1.07 million b/d. The Saudi crude imports, which accounted for 45.3% of the total imports, also rose 16% from a year earlier.

Saudi Aramco had set the July OSP differential for its Arab Light crude headed to Asia at plus 20 cents/b against the average of the Dubai and Oman benchmarks over July.

In contrast, ADNOC had set its July OSP for its flagship light crude Murban at a premium of $1/b to Platts Dubai crude assessments.

Asian refiners were also trying to maximize term volumes amid volatility in spot crude oil prices during the period.

Japan's crude imports from other key Middle Eastern crude suppliers such as the UAE, Kuwait and Qatar fell year on year in August, but Kuwaiti crude imports surged 42.6% month on month to 202,153 b/d in the month.

The reduction in Middle Eastern crude imports, coupled with increased intakes from Ecuador as well as imports from Russia, the US and Algeria, reduced Japan's share of crude imports from the Middle East to 88.1% from 95.2% in July, the highest the market share has been since records began in 1950.

In August Japan's domestic gasoline and jet fuel sales increased month on month during the country's peak summer holiday demand season despite a resurgence of the coronavirus pandemic.

A continuous recovery in the domestic oil products demand amid a steep drop in the crude throughput led Japan to boost imports of refined products in August.

Japan imported an average of 697,301 b/d of oil products in August, while local refiners slashed their crude throughput by 26.6% year on year to 2.348 million b/d in the month.

Japan was a net importer of gasoline for the fifth consecutive month in August due to low refinery run rates and a month-on-month recovery in domestic sales. 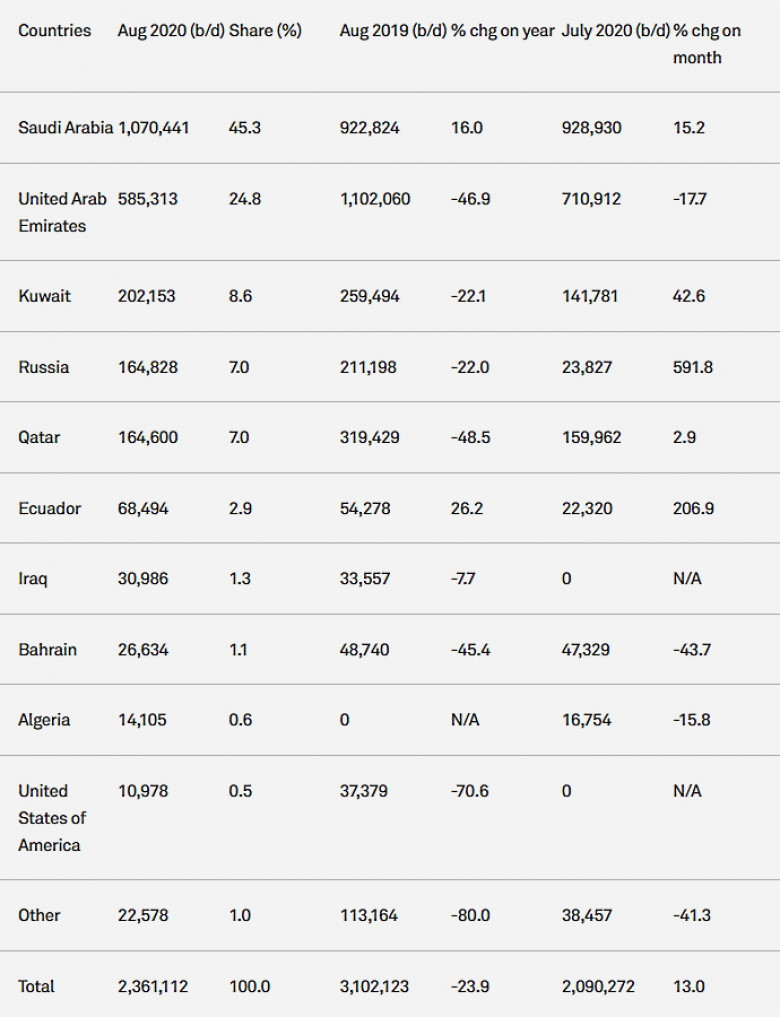 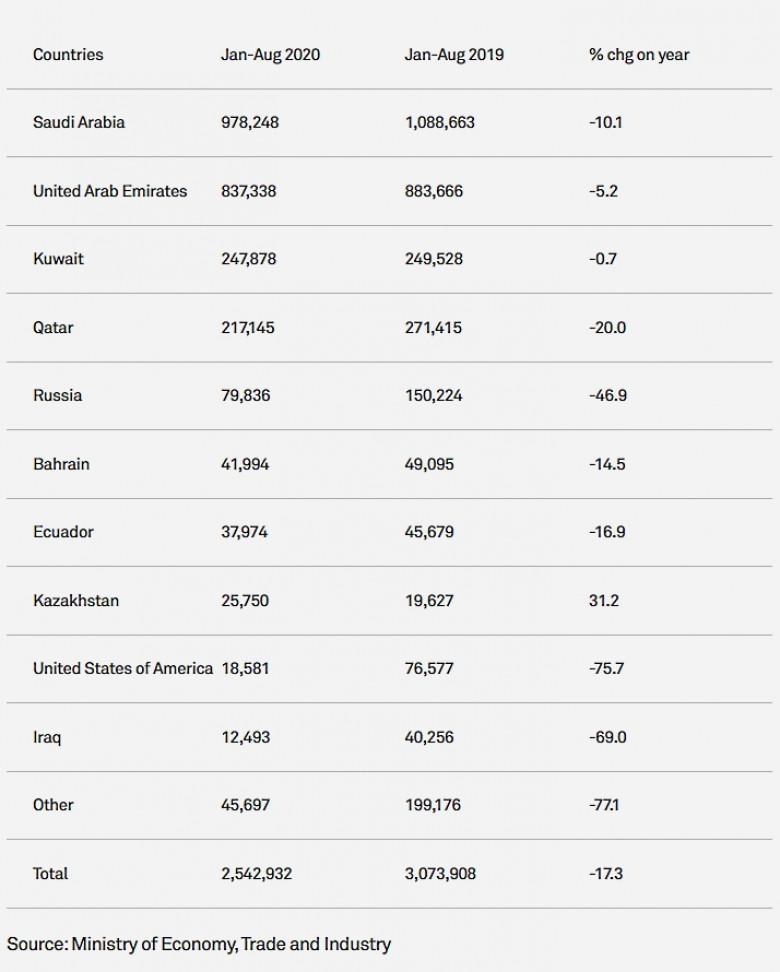