PLATTS - 16 Oct 2020 - Top LNG producers, traders and consumers have outlined plans to decarbonize the LNG supply chain either fully or partially, signaling how carbon pricing is set to become an important component of LNG market competition in the coming years.

This presents challenges for legacy LNG projects with limited means to reduce carbon, forcing them to rely on expensive market mechanisms like purchasing offsets while new producers invest heavily in carbon reduction technologies and "green" marketing of their product.

On the demand side, emerging markets may find low carbon LNG prohibitively expensive, reaffirming their view of LNG as a rich man's fuel. This is likely to result in parallel markets, much like LNG carriers, where low efficiency ships with high boil-off rates are restricted to less sophisticated buyers.

Qatar's LNG expansion to 126 million mt/year by 2027 will be low-carbon based, helped by the use of renewable energy at production plants, its Energy Minister Saad Sherida al-Kaabi said at the LNG Producer-Consumer Conference 2020 in the week started Oct. 11. Shell, Total, bp and even traders like Vitol unveiled strategies to supply carbon-neutral LNG.

Chevron-operated Gorgon LNG in Australia now has the world's largest carbon capture and storage facility of up to 4 million mt of CO2 equivalent/year, said Keith Pitt, Minister for Resources, Water and Northern Australia, in the run-up to the event. Australia's Woodside said it was extending the build-out of decarbonized fuel supply to ammonia and hydrogen.

So far, demand for carbon-neutral or low-carbon LNG has mainly come from Asia, and is expected to be buoyed by recent moves from Japan and China to hit long-term net zero emissions targets. Major utilities like JERA and Tokyo Gas have fallen in line with the government targets.

"We strongly believe a combination of natural gas and renewable energy is the most realistic solution to achieve a decarbonized society in the future, to reduce CO2 on a global scale," said Atsunori Takeuchi, executive officer, senior general manager of LNG Optimization & Trading Department at Tokyo Gas.

Tokyo Gas' plans to achieve net zero emissions by 2050 comprises expanding renewables and decarbonizing heating and electricity sectors while continuing the use of natural gas, where carbon offsets would be deployed.

Natural gas is far from being excluded in the energy transition toward net zero, but executives outlined several challenges for the future of LNG in a decarbonized world.

"As we get out of the post­ COVID-19 era, budgets are going to be constrained and priorities are going to be reorganized. I think for the industry, this is an enormous challenge because costly alternatives are not going to be easily adopted," said Lucian Pugliaresi, president of the Energy Policy Research Foundation.

He said the key was continued innovation to bring costs down, although several roadblocks existed like global participation, as one region in itself cannot affect the world climate. With LNG and hydrogen --particularly in the developing and non-Organization for Economic Cooperation and Development world throughout Asia -- the industry has to make a strong case for cleaner energy, Pugliaresi said.

"The emphasis needs to be on R&D, getting the costs down, because in the absence of that, we're going to get a lot of resistance outside the OECD. That's a real challenge for the industry and something we're going to have to take on," he added.

Jonty Shepard, global head of LNG at bp Trading & Shipping, said there was a need to reduce the cost of LNG compared with competing fuels and to get carbon pricing markets to work, such as in Europe, where a higher carbon price led to significant reductions in coal generation and higher gas use.

Other industry concerns revolved around the lack of policy certainty and political will.

Pavilion Energy's CEO Frédéric Barnaud said the energy transition will not be driven by grand programs, discoveries or technological advances, and it would be the constellation of small progresses and partnerships that will count.

"For example, I think better leadership at the political level is needed. That's pragmatic, not dogmatic. Better interactions. Even within ministries in one single country, you have different views," he said.

"The past few months have probably taught us that it's not just about short term profits, it's about having a longer term view of the impact for the economies," Barnaud added.

He said there was opportunity to replace coal with natural gas and LNG. "We have to acknowledge, though, that natural gas remains a fossil fuel. As long as we don't do that, we are still sinners," Barnaud said, stressing on the need to decarbonize the LNG production chain, and reinforce the attractiveness of natural gas through carbon neutral strategies in the short and medium term.

"Recognizing [LNG's] footprint is a first step towards improving its image," he said. 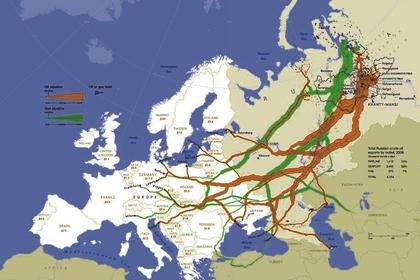 RUSSIA'S GAS TO EUROPE UP
Russia's gas supplies to Germany rose by 10.4% in annual terms in this August.
English 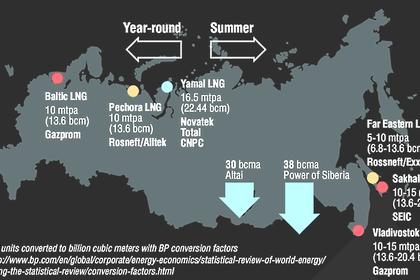 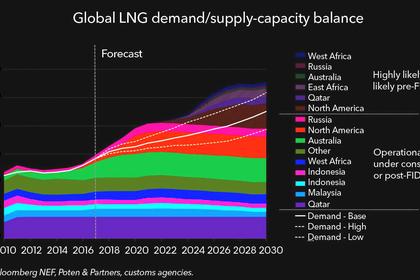 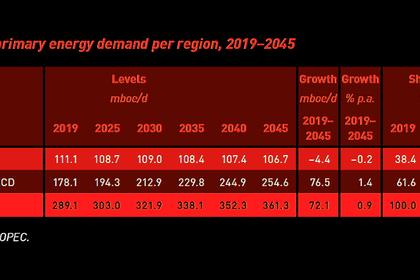 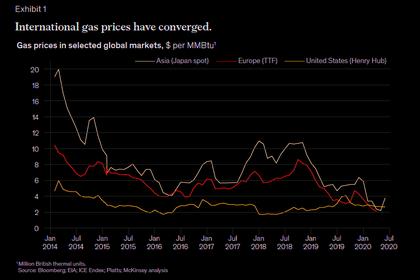 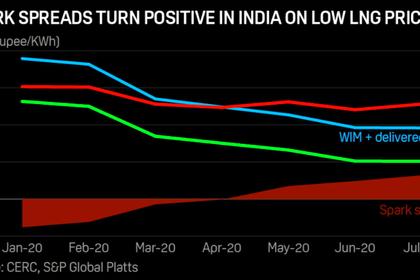