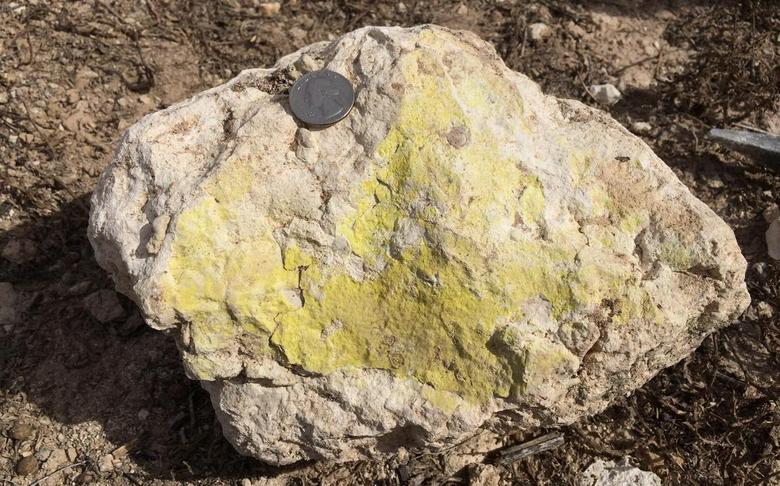 WNN - 01 October 2020 - US President Donald Trump has declared a "national emergency" to deal with the threat to the USA's security, foreign policy and economy from its "undue reliance" on supplies of critical minerals from "foreign adversaries". The country must also expand and strengthen domestic mining and processing capacity for all minerals to guard against the possibility of supply chain disruptions, he said.

Trump's comments were made in the Executive Order on Addressing the Threat to the Domestic Supply Chain from Reliance on Critical Minerals from Foreign Adversaries that was issued by the White House yesterday and refers to a list of 35 critical minerals drawn up by the Department of the Interior in response to a 2017 executive order by the President. These minerals are identified as: being essential to the economic and national security of the USA; having supply chains that are vulnerable to disruption; and serving "an essential function in the manufacturing of a product, the absence of which would have significant consequences for our economy or our national security". Uranium is one of the minerals on that list.

"[A] strong America cannot be dependent on imports from foreign adversaries for the critical minerals that are increasingly necessary to maintain our economic and military strength in the 21st century," Trump said in the Executive Order. The USA imports more than half of its annual consumption of 31 of the 35 listed critical minerals, and has no domestic production at all for 14 them for which it is completely dependent on imports, he said. "Whereas the United States recognises the continued importance of cooperation on supply chain issues with international partners and allies, in many cases, the aggressive economic practices of certain non-market foreign producers of critical minerals have destroyed vital mining and manufacturing jobs in the United States."

"In addition, I find that the United States must broadly enhance its mining and processing capacity, including for minerals not identified as critical minerals and not included within the national emergency declared in this order. By expanding and strengthening domestic mining and processing capacity today, we guard against the possibility of supply chain disruptions and future attempts by our adversaries or strategic competitors to harm our economy and military readiness," he said, also noting the economic benefits from a stronger domestic mining and mineral processing industry which provides jobs to "hundreds of thousands" of Americans.

The president has ordered an investigation, to be led by the Secretary of the Interior, into the USA's "undue reliance on critical minerals … from foreign adversaries", which must within 60 days submit a report of conclusions and recommendations for executive action, which may include the imposition of tariffs or quotas. He has also issued directions to prioritise the expansion and protection of the domestic supply chain for minerals.

The Nuclear Fuel Working Group, established by Trump in 2019 to undertake a full analysis of national security considerations with respect to nuclear fuel supply chain after a Section 232 Petition from two US uranium miners asked for a quota on uranium imports, has already called for action be taken to strengthen the country's uranium mining industry.

Earlier this year, it recommended the government support the industry through measures including establishing a uranium reserve, streamlining regulatory reform and land access for uranium mining and extending the Russian Suspension Agreement to protect against future uranium dumping in the US market. The Department of Commerce and Russian state nuclear corporation Rosatom in September initialled a draft amendment to extend the agreement that, if finalised, will extend the deal to 2040. 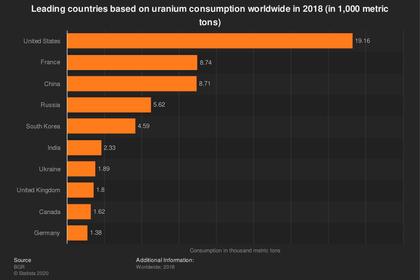 NUCLEAR POWER: TREMENDOUS OPPORTUNITY
That's why I think nuclear has a tremendous opportunity. There is simply not another energy technology before us today that can do the things that nuclear can do.
English
All Publications »
Tags: USA, URANIUM, NUCLEAR
OIL PRICE: BRENT BELOW $88, WTI ABOVE $81