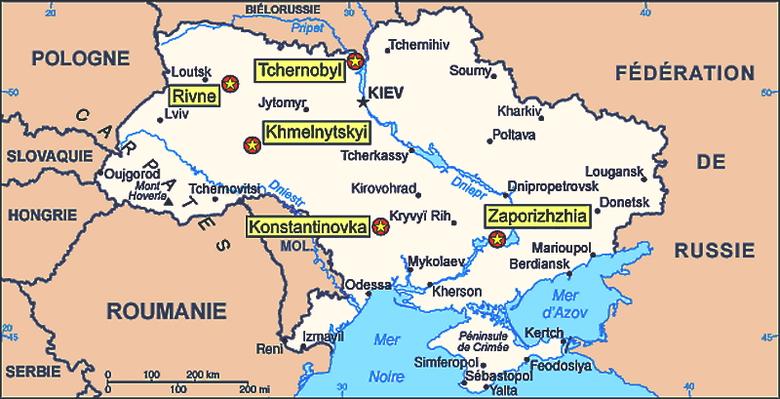 WNN - 05 October 2020 - Ukrainian President Volodymyr Zelensky has described his support for the country to expand its use of nuclear power. Zelensky was speaking to reporters during his visit to the Rovno region on 1 October.

Zelensky issued a presidential decree on 22 September that orders the government to submit bills concerning the country's nuclear power sector for parliamentary debate. All of Ukraine's 15 nuclear power units - at Rovno, Zaporozhe, South Ukraine and Khmelnitsky - are operated by state-run Energoatom.

"We have a strategy for the development of nuclear energy and the completion of nuclear power plants in Ukraine," the President said when asked about the expediency of completing two new units at the Khmelnitsky nuclear power plant. "And after the Khmelnitsky region, we are looking at the Rovno region ... We will definitely do this," he added, noting that nuclear energy is the biggest and cheapest source of electricity in the country.

He dismissed opposition to nuclear energy on safety grounds as baseless. "We understand that if professionals are doing the construction, if the state is working on the safety of nuclear power plants, then there is no threat either to the environment or the climate," he said. "It's a safe form of electricity."

Energoatom's Scientific and Technical Council met on 30 September to discuss the long-term development of nuclear power following the presidential decree and as part of plans to implement the government policy Energy Programme of Ukraine for the period up to 2035.

Energoatom said the President's interest in the matter had given it new impetus.

Kotin said: "We've set ourselves an ambitious goal - in 7-10 years to resume construction of nuclear power units for use in Ukraine and abroad. We are ready to defend nuclear energy, because we are confident that it is on this that all energy in Ukraine will be based both in 20 and 50 years."

He added that Energoatom wants nuclear's share of the electricity mix to be increased from 56% currently "to the level of France, where it is 70%, and thanks to which that country's population has really cheap, safe and environmentally friendly electricity."

Ukraine's project to build Khmelnitsky units 3 and 4, which was put on hold, is part of Ukraine's so-called Energy Bridge, according to which it would have started supplying electricity to the EU network as early as 2019, and would complete the project by 2025.

Energoatom said on 1 October that a working group had concluded that the condition of the proposed site for the new units was suitable for all stages in the construction of nuclear power units. The working group, which was established to study the potential of the Khmelnitsky expansion project, studied the site for a week, from 22 September.

"Among the most important issues of future construction, to which the specialists of the working group paid special attention, is the assessment of the technical condition of the cranes necessary to ensure construction and installation work," Energoatom said, adding that one of the cranes at the KhNPP site - made by the Danish company Krøll - is the highest in Ukraine.

"With the successful implementation of the project for completing the construction of two power units, Ukraine could receive an additional 16 billion kWh of electricity per year, and the annual income will be at least UAH9.8 billion [USD350 million]," Energoatom said, adding that the approximate cost of completing the units is UAH76.8 billion. 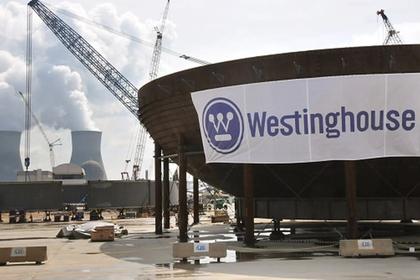 NUCLEAR FOR UKRAINE
Westinghouse Electric Co said on 30 September that it had signed an agreement with nuclear utility Energoatom to increase nuclear fuel supplies for Ukraine's reactors. It currently supplies fuel for six of Ukraine's VVER-1000 reactors with a seventh due to be added year.
English

NORD STREAM 2 BLOCKING
Nord Stream 2 would double the capacity of the gas corridor via the Baltic Sea to Germany to 110 Bcm/year and would reduce the need for Russia to use Ukraine as a transit country for gas supply to Europe.
English
All Publications »
Tags: UKRAINE, NUCLEAR
OIL PRICE: BRENT NEAR $99, WTI NEAR $94