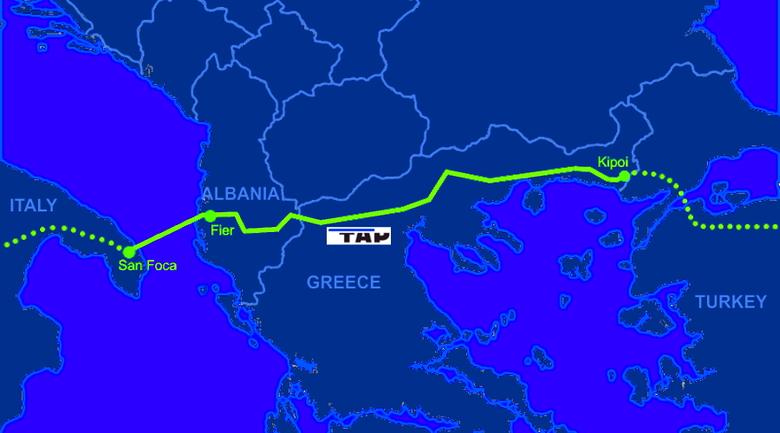 ENERDATA - 17 Nov 2020 - The Trans Adriatic Pipeline (TAP), which transports 10 bcm/year of natural gas from the Shah Deniz II field in the Azerbaijani sector of the Caspian Sea to Europe, has started commercial operations. Construction had started in 2016. The 878 km long pipeline connects with the Trans Anatolian Pipeline (TANAP) at the Turkish-Greek border in Kipoi, crosses Greece and Albania and the Adriatic Sea, before coming ashore in Southern Italy. Snam has a 20% stake in the project, along with BP (20%), Socar (20%), Fluxys (19%), Enagas (16%) and Axpo (EGL) (5%). The project is estimated to cost €4.5bn.

In December 2019, Turkey and Azerbaijan formally inaugurated the US$6.5bn Trans-Anatolian Natural Gas Pipeline (TANAP) gas interconnector. The 1,850-km-long gas pipeline stretches between the Turkish Posof district of Ardahan and the Greek border in the Ipsala district of Edirne. Designed to have an initial capacity of 16 bcm/year, the TANAP pipeline is aimed at delivering 6 bcm/year of gas to the Turkish market and 10 bcm/year to Europe. The Southern Gas Corridor (SGC, a joint venture of SOCAR with 49% and the Ministry of Economy of Azerbaijan with 51%) holds a 51% interest in TANAP, in partnership with Turkey's Petroleum Pipeline Corporation (BOTAŞ) (30%), BP (12%) and SOCAR (7%). 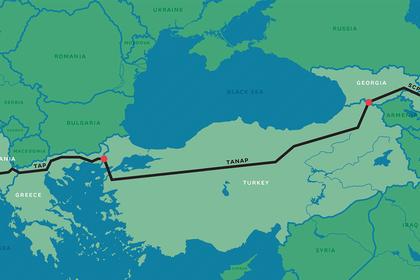 AZERBAIJAN'S GAS FOR EUROPE
"In just two weeks, a new piece of infrastructure will be ready," Nassirov said, referring to the Trans-Adriatic Pipeline.
English 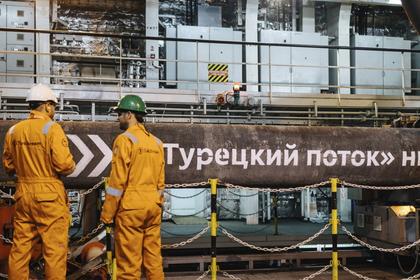 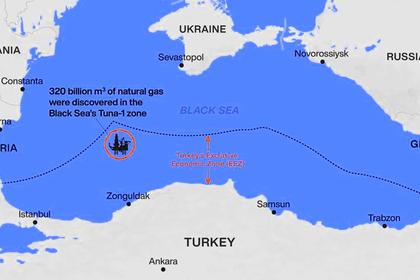 TURKEY GAS RESERVES UP
The increase in the reserves is the result of continued drilling to a depth of 4,775 meters in the Tuna-1 well, which located a third reservoir in addition to the two reservoirs identified at around 3,500 meters depth in earlier drilling.
English
All Publications »
Tags: TAP, GAS, PIPELINE, EUROPE, TURKEY, AZERBAIJAN
OIL PRICE: BRENT ABOVE $110, WTI ABOVE $104