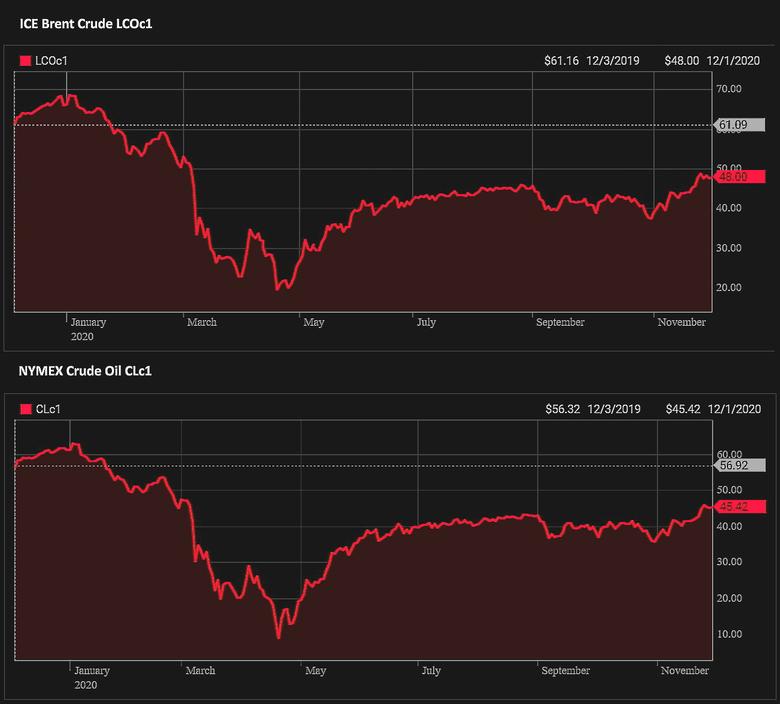 REUTERS - DECEMBER 1, 2020 - Oil prices ticked up on Tuesday, with early European trading erasing earlier losses, as all eyes were on talks between OPEC and its allies who postponed a formal meeting to decide whether to increase output from next month.

Both contracts surged around 27% in November after COVID-19 vaccine developments raised hopes of an economic recovery that could revive fuel demand.

OPEC+, which includes the Organization of the Petroleum Exporting Countries, Russia and other allies, delayed talks on output policy for next year until Thursday, sources told Reuters, as important players had not reached consensus.

It had been scheduled to meet on Tuesday.

"The group needs to extend the deal in order to ensure that the market continues to draw down inventories over the first quarter of next year," ING Economics said in a note.

"Vaccine developments are unlikely to significantly change the demand outlook in the next couple of months."

The group was due to ease current production cuts by 2 million barrels per day (bpd) from January.

But with demand still under pressure from the pandemic, OPEC+ was considering extending current cuts into the first months of next year, a position backed by de facto OPEC leader Saudi Arabia, sources said.

"The group will probably find some face-saving compromise, with a short extension being the most likely outcome followed by a phased production return," said Helima Croft at Royal Bank of Canada.

"Nonetheless this latest fracas does not bode well for collective cohesion in 2021 as vaccine optimism abounds and producers anticipate a strong recovery."

A Reuters poll of 40 economists and analysts forecast Brent would average $49.35 a barrel next year. 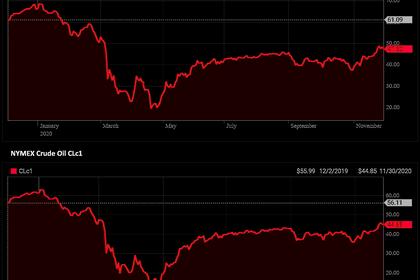 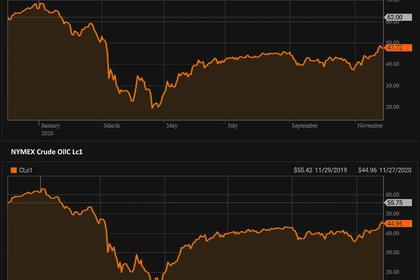 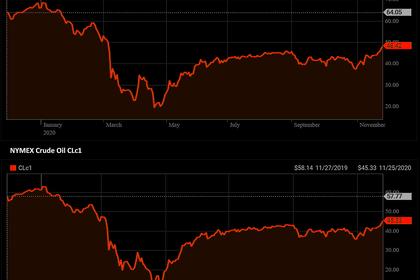 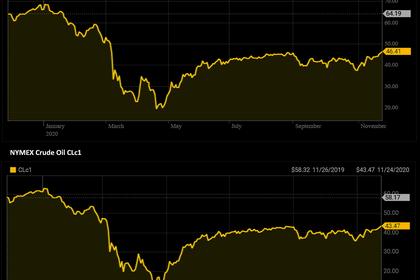