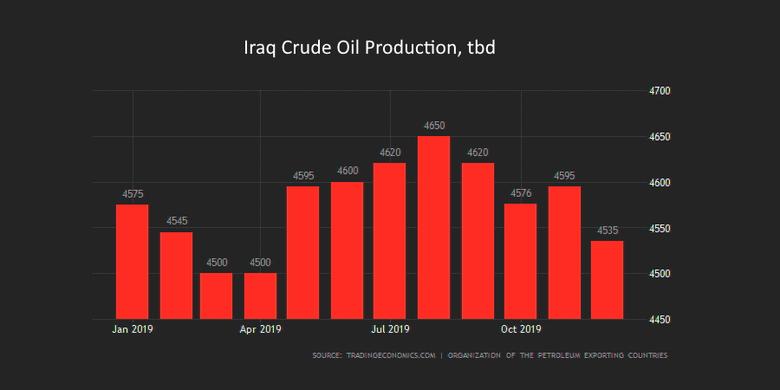 PLATTS - Iraq's crude exports, excluding the semi-autonomous northern Kurdish region, fell 3.5% in January from the month before, according to government data. Separately, the country's president named a new prime minister amid ongoing demonstrations for political change and better living conditions.

Federal exports averaged 3.3 million b/d, compared with 3.43 million b/d in December, the oil ministry said in a statement on Saturday. The January figure is 420,000 b/d lower than the all-time high of 3.726 million b/d reached in December 2018. Production figures were not published.

Iraq's oil ministry spokesperson Assem Jihad said on January 9 the country was producing on average 4.46 million b/d in line with its new OPEC+ quota and exports were averaging 3.45 million b/d.

Iraq flouted its quota for most of 2019, but has pledged to comply better with the new OPEC+ agreement, which has deepened cuts to 1.7 million b/d starting January 1, 2020, from last year's 1.2 million b/d.

Iraq pumped 4.58 million b/d of crude in December, above its 4.51 million b/d quota under the previous OPEC + pact, according to the latest S&P Global Platts OPEC survey.

Under the new agreement, Iraq's quota is 4.46 million b/d.

OPEC and its allies may hold a delegate-level technical committee meeting on Tuesday and Wednesday to potentially coordinate deeper production cuts in response to the coronavirus outbreak, two sources told S&P Global Platts.

The gathering of the Joint Technical Committee in Vienna would be held instead of moving up the full ministerial meeting, which is still scheduled for March 5-6, the sources said. Urged by Saudi Arabia, the 23-country coalition known as OPEC+ had debated moving forward the ministerial meeting, but not all members had been supportive.

The JTC is co-chaired by delegates from Saudi and non-OPEC Russia. It is typically tasked with reviewing compliance with the coalition's production quotas and analyzing market conditions.

Iraq's President Barham Saleh has named a new prime minister, Mohammed Allawi, a former communications minister, who will replace Adel Abdel Mahdi who resigned in December in the face of mounting protests against the government.

Allawi will be tasked with forming a new Cabinet. The fate of outgoing energy minister Thamer Ghadhban, who was also deputy prime minister for energy affairs in the old Cabinet, is unknown.

Iraq has been rocked by violent protests since the end of October, which have occasionally halted production from some fields and refineries without impacting exports or production.

Protestors have demanded political change in the country as well as better living conditions and jobs.

Iraq is also stuck in the midst of the growing US-Iranian tensions, with Iranian rocket attacks on US forces stationed in Iraq following the US killing of top Iranian commander Qassem Soleimani in Baghdad in January. 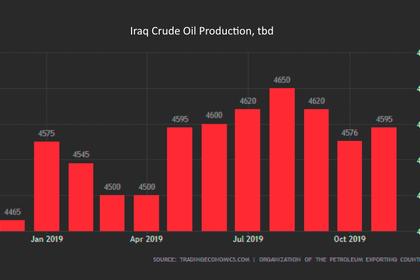 STRESSED IRAQ'S OIL
Iraqi oil production averaged more than 4.8 million barrels per day (bpd) in 2019, of which about 1.8 million bpd stemmed from the country’s domestic and state-owned players
English 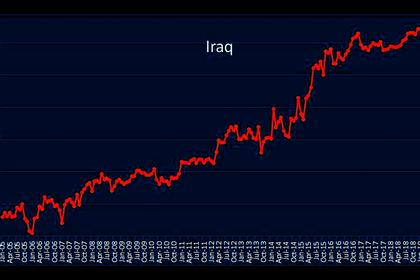