OIL MARKET: WITHOUT A PANIC

OIL MARKET: WITHOUT A PANIC

PLATTS - 04 Feb 2020 - Travel bans, closed borders and trade restrictions imposed in the wake of the coronavirus outbreak are politically motivated and are contributing to the destabilization of the global economy, a Chinese official said Tuesday, after briefing representatives from OPEC and other key oil producers.

While the Chinese economy will be affected in the short term by the spread of the virus, it will rebound quickly, China's ambassador to international organizations in Vienna, Wang Qun told reporters outside the OPEC secretariat.

Crude oil prices have plunged 20% over the past two weeks, with ICE Brent futures dropping to a one-year low of $53.95/b on Tuesday. The benchmark was trading higher at around $54.81/b at 1537 GMT.

The ambassador had been invited by OPEC and its partners in a production cut accord, including Russia, to update delegates on a technical committee, who are trying to assess the economic impact of the coronavirus outbreak and determine whether immediate output cuts are recommended.

Crude produced by the OPEC+ coalition -- which includes OPEC, Russia and nine other allies -- is very exposed to the outbreak, with China buying more than 70% of its supplies from the group.

The virus has also hit global jet fuel demand, with several airlines and countries – among them many OPEC+ members – suspending flights to and from China. Russia has also closed its border with China.

Wang said that these actions were not specifically discussed in the meeting, but he said he outlined how China was working to contain the spread of the virus and said its severity had been overblown.

"There is no need for panic," Wang said. "Any overreaction...is not in the interest of the general public, let alone the oil market. We have the consensus that we would not like to see this."

He outlined China's experience in fighting SARS in 2003, as well as other epidemics, including swine flu, bird flu and Ebola.

"Over the past four decades, we have built up a very solid scientific and economic foundation, material foundation, which will greatly empower us in our fight against this epidemic," Wang said.

The technical committee, co-chaired by delegates from Saudi Arabia and Russia, is meeting in Vienna today and Wednesday.

Some OPEC members are pushing for additional production cuts to stem the slide in oil prices, but other countries are not fully convinced, sources said.

The entire coalition is scheduled to meet March 5-6 in Vienna, but the meeting could be moved forward if the committee reaches a consensus on production policy. 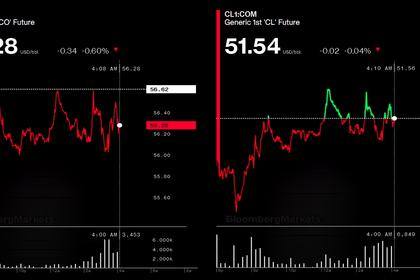 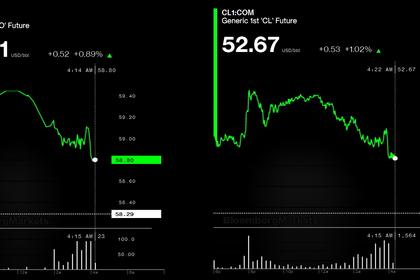 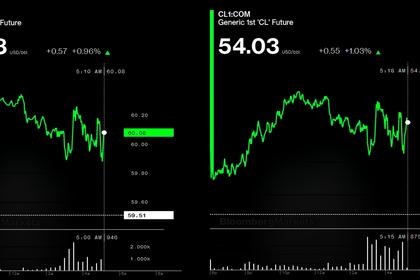 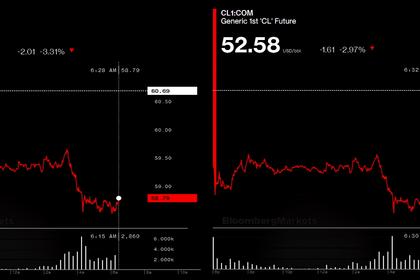 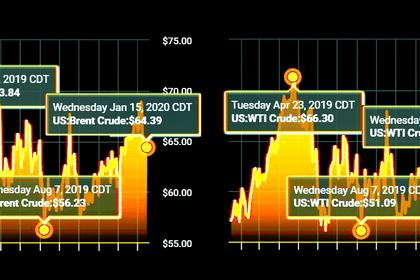 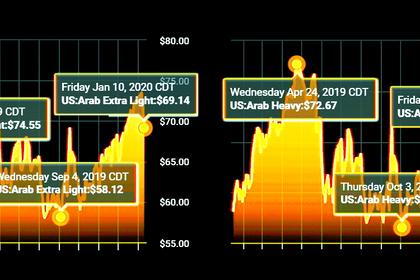 OIL MARKET WILL STABLE
Saudi Arabia, the world's biggest oil exporter, is in the midst of an OPEC+ agreement to cut 1.7 million b/d of crude from the market in Jan through to March.
English
All Publications »
Tags: OIL, PRICE, BRENT, WTI
OIL PRICE: BRENT ABOVE $110, WTI ABOVE $104