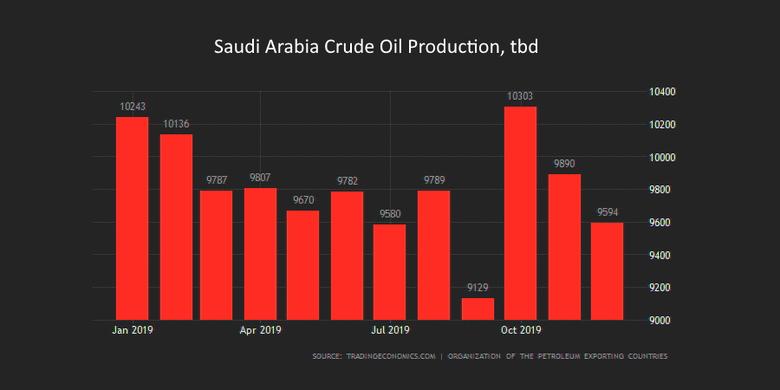 Saudi Arabia over-complied with its quota of 10.31 million b/d last year under the old agreement with the 23-member OPEC/non-OPEC coalition, collectively known as OPEC+, as the country made up for laggards Iraq and Nigeria, which flouted their quotas for most of last year.

The coalition deepened its production cuts to 1.7 million starting January 1, 2020 from 1.2 million b/d last year to help soak up excess supply in the first quarter of 2020.

OPEC+ may hold a technical meeting in the next few days ahead of its March 5-6 meeting in light of the outbreak of the deadly coronavirus, which has killed over 300 Chinese, stoking fears of a global dip in oil demand as crude prices plunged in January.

The gathering of the Joint Technical Committee in Vienna may be held instead of moving up the full ministerial meeting, sources told S&P Global Platts. Urged by Saudi Arabia, OPEC+ has debated moving forward the ministerial meeting, but not all members had been supportive.

Brent prices fell 12% in January and WTI plunged 16% as the deadly virus spread to at least 23 countries, with the first fatality outside China recorded in the Philippines over the weekend.

Several airlines have reduced or temporarily suspended flights to and from China, where more than 14,300 coronavirus cases have been detected.

Some Arab airlines have joined their global peers by suspending flights to and from China, as the Middle East recorded its fifth case of the virus in the UAE on Saturday. 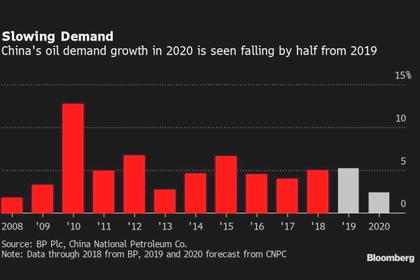 SAUDI'S OIL FOR CHINA UP 47%
The big annual boost in Saudi shipments followed a new marketing strategy by state-run Aramco, which signed at least two new supply pacts with private refiners in China that came into the market from late 2018. Previously, Saudi Aramco had only dealt with China’s state refiners in long-term contracts.
English 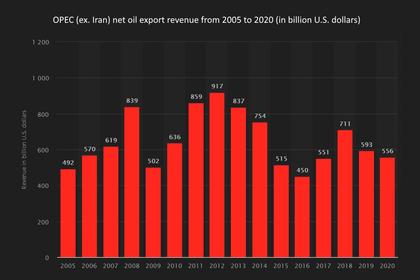 OPEC'S OIL PRODUCTION DOWN 2 MBD
Recent statistics issued by the Organisation of the Petroleum Exporting Countries, OPEC, highlighted a decrease in its production by 6.3 percent or some 2 million barrels per day in 2019, compared to 2018.
English
All Publications »
Tags: SAUDI, ARABIA, OIL, PRODUCTION
OIL PRICE: BRENT BELOW $88, WTI ABOVE $81