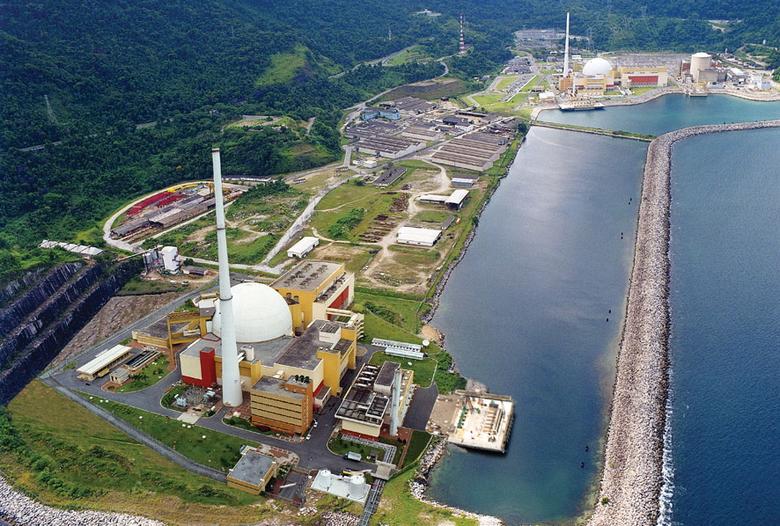 WNN - 04 February 2020 - Brazil and the USA have signed agreements on extending the operation and generating capacity of Angra unit 1 and on cooperation in new nuclear technologies. The agreements, between Westinghouse and Eletronuclear, and between the US Nuclear Energy Institute (NEI) and the Brazilian Association for the Development of Nuclear Activities (Abdan), were signed yesterday at the Brazil-US Energy Forum in Rio de Janeiro in the presence of Brazilian Energy Minister Bento Albuquerque and US Energy Secretary Dan Brouillette.

The USA is holding a trade mission to Brazil, and plans one to India this month, and to Poland and the Czech Republic in March.

"I think the commitment of Brazil [to fight climate change] has been demonstrated by these conversations around nuclear energy," Brouillette told reporters on 2 February.

Westinghouse and Eletronuclear will work on meeting the requirements of Brazil's nuclear regulator CNEN for approval to extend the operating licence of the 35-year-old Westinghouse-designed Angra unit by 20 years to 60 years. Brouillette said their letter of intent was "the first step" in a process that would "deepen the relationship" between the companies.

Eletronuclear President Leonam dos Santos Guimarães said the Angra 1 extension project was essential for the company's future: "We hope that this cooperation programme will be the first in a series of successful initiatives," he said.

Brouillette added that, "Most of Brazil's major hydro resources are tapped already" and nuclear power "could be a better way to provide grid security than wind or solar". He also said that the US delegation was promoting the benefits of small modular reactors from companies such as NuScale Power, which has an SMR design under review by the US Nuclear Regulatory Commission.

On the Memorandum of Understanding signed between the NEI and Abdan, NEI President and CEO Maria Korsnick said: "International cooperation is critical to the success and future of the nuclear industry. This memo will strengthen ties with an important partner in South America and will assist in promoting nuclear as a clean energy solution on an international level."

Celso Cunha, Abdan president, said the MoU "established a cooperative relationship for the purpose of effectively achieving nuclear safety, in compliance with the laws and regulations in their respective countries and international commitments". Electronuclear noted, however, that the MoU does not create any legal or binding relationship between the signatories under any national or international law.

The delegation also included representatives of Framatome, GE Hitachi Nuclear Energy, and Holtec International, among others.