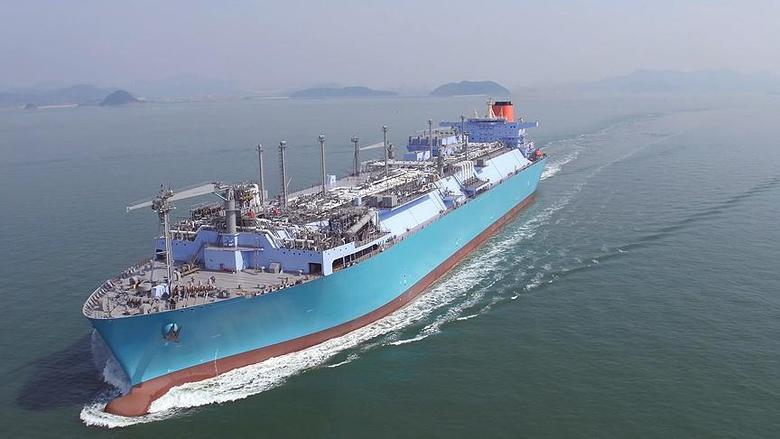 India and the United States have built close political and security ties and want to strengthen trade links, with Trump aiming to boost energy supplies to India, the world's third biggest oil importer.

Petronet will invest the money over a five-year period in Tellurian's proposed $27.5 billion Driftwood LNG export project in Louisiana and the deal will give Petronet an equity stake in the project and rights for up to 5 million tonnes a year of LNG, the sources said.

"Supplies will begin from 2024 and will be gradually raised to 5 million tonnes a year in 2028," one of the sources said.

The delivered price of gas to India would be below $6 per million British thermal units (mmBtu), the source added. This will work out to about 30% cheaper than the country's current long-term deals with Qatar.

"India will be getting the producer-based prices unlike other deals where Indian companies are only one of the customers," the source said, declining to be named.

Tellurian is offering an equity interest in Driftwood Holdings, which comprises Tellurian's upstream company, its pipeline and the upcoming terminal that will be able to export 27.6 million tonnes of LNG a year.

The two companies signed a preliminary non-binding deal in September last year, when Prime Minister Narendra Modi visited the United States as the two nations want to deepen their energy and trade relations.

India wants to raise the share of gas in its energy mix to 15% by 2030 from the current 6.2% as it battles high levels of pollution in many big cities, including the capital New Delhi.

The South Asian country is expanding its pipeline network and building new LNG import terminals to encourage the use of cleaner fuel.

In a bid to make gas more affordable, it has asked its biggest gas supplier Qatar to change the pricing under its long term oil-linked gas supply contracts as spot Asian LNG prices have tumbled. 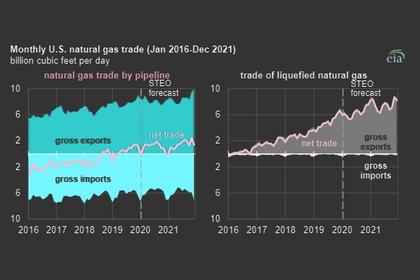 U.S. GAS EXPORTS UP TWICE
The U.S. Energy Information Administration (EIA) forecasts that U.S. natural gas exports will exceed natural gas imports by an average 7.3 billion cubic feet per day (Bcf/d) in 2020 (2.0 Bcf/d higher than in 2019) and 8.9 Bcf/d in 2021. Growth in U.S. net exports is led primarily by increases in liquefied natural gas (LNG) exports and pipeline exports to Mexico. Net natural gas exports more than doubled in 2019, compared with 2018, and EIA expects that they will almost double again by 2021 from 2019 levels.
English 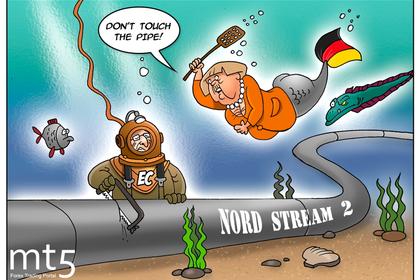 U.S. SELLS LNG FOR EUROPE
Since US LNG exports from the Lower 48 began in February 2016, Europe has received 28.3 Bcm of gas equivalent,
English 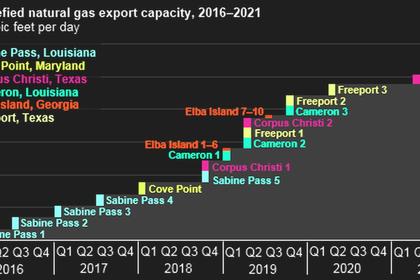 U.S. LNG PRODUCTION UP TO 9 BCFD
Total US LNG feedgas volumes reached a new all-time high of 9.4 Bcf/d Tuesday, after exceeding 9 Bcf/d for the first time on January 19.
English 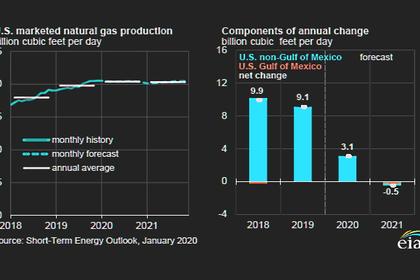 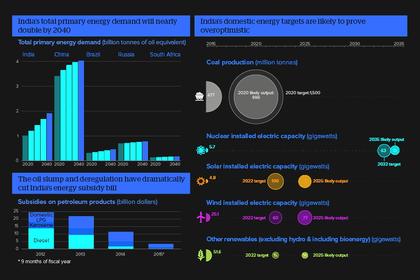 INDIA'S ENERGY DEMAND COULD DOUBLE
Based on current policies, India’s energy demand could double by 2040, with electricity demand potentially tripling as a result of increased appliance ownership and cooling needs.
English
All Publications »
Tags: USA, INDIA, LNG
OIL PRICE: BRENT NEAR $117, WTI ABOVE $111