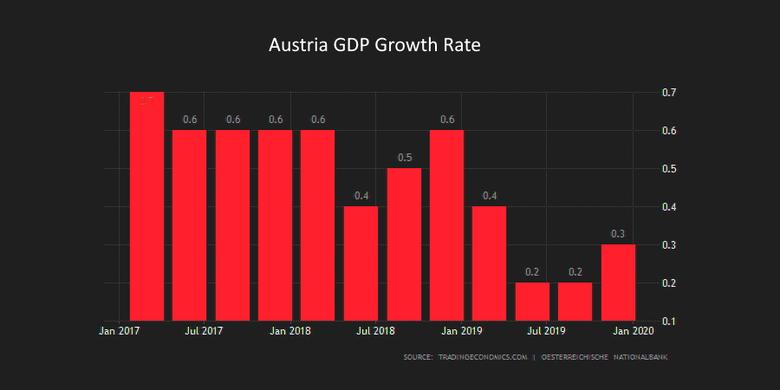 Austria has achieved high living standards with relatively low inequality and poverty. Growth eased in 2019, but employment creation has been good and unemployment lower than the EU average. The fiscal balance moved into surplus in 2018 and 2019, and public debt is declining. The external current account balance is in surplus. Looking ahead, growth will moderate and there are significant downside risks, including weaker growth in European partners, possible trade disruptions, and the effects of the Covid-19 virus. In the event of a downturn, the authorities should allow automatic stabilizers to act and be prepared to use stimulus measures if needed. The new government has rightly placed emphasis on tackling climate change, but measures must be comprehensive and start quickly if the ambitious objective of carbon neutrality by 2040 is to be reached. Structural reforms to improve productivity growth will support continued economic growth. Further reforms in pensions and health care will be needed to assure continued quality services to an aging population. Finally, progress is being made on implementing recommendations from the recently concluded Financial Sector Stability Assessment (FSSA).

1. The Austrian economy has performed well in recent years, but activity is slowing. Growth decelerated in 2019 due mainly to a weaker external environment, but domestic demand remained robust. Preliminary figures suggest the economy grew by 1.6 percent, above the Euro area average. Inflation remained low. The decline in unemployment leveled-off and employment growth slowed.

2. Growth will ease further in 2020 and there are significant downside risks. We expect GDP to increase around 1¼ percent this year, mainly supported again by domestic demand. Inflation is expected to remain under 2 percent. The unemployment rate would remain roughly constant. Risks to the outlook are mainly on the downside: weaker-than-expected growth in Germany or other European countries, trade disruptions (with the US and/or Brexit related), and the effects of COVID-19. In the medium-term, growth should settle at around 1½ percent, but structural reforms and green investment could bolster that figure. The external current account surplus will stabilize at around 1.8 percent notwithstanding somewhat weaker export prospects to some partner countries.

3. The fiscal position has remained strong in 2019. Preliminary data suggest that the general government posted a surplus above ½ percent of GDP in 2019—up from +0.2 percent of GDP in 2018—supported by lower interest payments, strong income tax revenues from rising wages, lower transfers to the pension system, and lower unemployment benefit outlays. The public debt-to-GDP ratio decreased by almost 4 percentage points to 70 percent.

4. Austria should safeguard its strong fiscal position, but further consolidation is not necessary. A sharp decline in the stock of debt over the past several years was facilitated by strong growth, a declining interest bill, and exceptional revenues from the unwinding of bank support measures. The current stance would bring the debt-to-GDP ratio below 60 percent in 2024. IMF staff support Austria’s medium-term objective of a structural deficit of 0.5 percent of GDP, which would mean an overall fiscal stance near balance, or at a slight deficit, in the coming years. If growth slows further, the economy’s automatic stabilizers could be used fully and fiscal space could be used for active stimulus in the case of a sharp shock.

5. IMF staff support the government’s efforts to lower personal income taxes in an equitable way, but more could be done to permanently reduce the still-high labor tax wedge. Labor taxation in Austria remains well above the OECD average. The recent tax amendments have released resources for low-income earners by lowering social security contributions. Further increases of the annual tax break for families with children and the planned reduction of income taxes for the bottom three income brackets are welcome. However, the labor tax wedge will continue to rise over time due to bracket creep. We recommend making labor tax cuts permanent by indexing the personal income tax brackets to inflation which would provide greater certainty and support Austria’s external competitiveness. The planned reductions in the corporate income tax will also boost competitiveness and will bring Austria’s taxation level closer to the OECD average.

6. The mission welcomes the new government’s commitment to net carbon neutrality by 2040, but strong policy action will be needed to reach this ambitious objective. The new government’s program includes several measures to address climate change, such as taxes on air transport, public transport subsidies, and incentives to encourage green investment. However, these steps do not yet add up to a comprehensive climate change policy which could achieve the stated goal. Staff recommend a strong and early shift in the tax burden to carbon-based levies as the best approach. According to staff research, a strategy including: (i) significant increases in carbon taxation (by at least €25/mt per year) beginning in 2021; (ii) a strong push for electrification of the personal and commercial transport fleets; and (iii) incentives for rapid thermal conversion in the housing and office sectors, could bring Austria toward its 2040 goal. The fiscal resources raised from higher carbon taxation should be used to finance green incentives in other areas, compensate negatively affected households (particularly the poor in rural areas), and accelerate income tax reductions. Given Austria’s current fiscal space, we do not see a need for an increase in the overall tax burden. While in our view carbon trading schemes are a second-best solution, they could also be used to achieve the needed carbon price increase.

7. Stronger productivity growth should be supported by fostering innovation and addressing skills shortages. As in other advanced economies, Austria’s productivity growth has slowed since the financial crisis. While public R&D spending is high by international standards, Austrian firms invest less and have a lower share of intangible assets than other advanced economies, suggesting innovation may be lagging. Firms consider the labor skill mix as a drag on growth, alongside access to financing. There is scope for upgrading the efficiency of education spending, based on international comparisons. Austria could also more actively promote life-long learning by providing incentives to firms and workers.

8. Austria’s long-standing housing policy is viewed as highly successful, but house prices have risen in recent years (particularly in Vienna) and affordability has worsened in the rental sector. Cumulative real house price growth nationwide since 2010 was almost 40 percent but was stronger in Vienna where overvaluation was estimated at about 22 percent. There may be scope for savings by strengthening targeting through periodic reviews of benefit eligibility while at the same time improving affordability for vulnerable households that are mostly young, old, and immigrants. While housing construction has risen sharply over the past two years, further efforts to promote increased housing supply are key to long-term access and affordability.

9. Measures are needed to lower long-term spending pressures from population aging. Austria’s pension system is currently financially healthy, with past reforms helping to raise effective retirement ages and contain fiscal costs. However, some recent reforms were reversed in 2019 under the interim government. Moreover, Austria’s effective retirement age and statutory retirement age are both still low by international standards, and labor force participation for those 55-64 is well below the EU and OECD averages. In the future, further aging will generate increased pension and health care costs, while contributions will decline. Early action to address this increasing liability would be advisable.

10. Efforts should continue to improve migrant integration in the labor force. Integration of recent refugees into the labor force has progressively improved, with some 40 percent now participating—a solid performance by international standards. However, more could be done to further increase their inclusion in the labor force and to provide the necessary training (particularly in German language) to facilitate their integration. More broadly, there are indications that lack of German fluency persists into the second generation in some immigrant communities, impeding their full participation in society, and gaps in school qualifications persist.

11. The financial system remained strong and credit was buoyant, but early signs of a downturn are appearing. Private credit supported the cycle in 2019 while maintaining stable household and corporate indebtedness. The financial system remained sound and bank capitalization stood above the Euro area average. However, profitability growth has weakened in recent months and private sector indebtedness is increasing marginally. The authorities should remain vigilant, given the impending slowdown in employment growth and possible shocks to debt-servicing capacity.

12. The recent Financial Sector Stability Assessment (FSSA, see IMF Country Report N. 20/35 ) noted that Austria’s banking system is well-capitalized, but continued vigilance is needed to ensure calibration and size of buffers are sufficient to mitigate stability risks. The FSSA underscored that macrofinancial risks stemming from rising property prices, while manageable at this time, are a growing vulnerability requiring monitoring and possibly further regulatory actions if the risk profile of new mortgages contributes to a buildup of systemic risks. Recommendations were made also to further strengthen the institutional framework for financial oversight and further enhance the stress testing framework by expanding data collection on foreign exposures, nonfinancial corporates and real estate and incorporating second round effects and contagion in the analysis.

13. Some progress was already made on the FSSA recommendations in the areas of crisis management, banking supervision and macroprudential policy. An updated crisis management manual is expected to be adopted by mid-2020, an internal handbook with guidelines on supervisory practices was issued in February, and insurance stress testing will focus on business lines critical for future profitability. Oversight of spillover risks in the decentralized sector was intensified by increasing supervisory engagement with banks and auditors and intensifying identification of weak risk management practices in less significant institutions. Going forward, the authorities should ensure that sufficient resources are devoted to enhancements in stress testing, given the complex interrelations in the financial system and potential for contagion, as well as for anti-money laundering and insurance supervision. 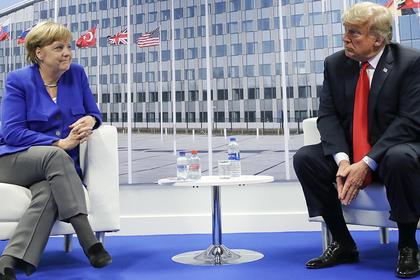 U.S. ANNOYED: NORD STREAM 2
While Gazprom has said it’s looking at options to complete the pipeline, it hasn’t given any details on where it will find the ship to do the work. One of the pipeline’s financial backers, Austrian gas and oil company OMV AG, has predicted that the Russians will follow through.
English
All Publications »
Tags: AUSTRIA, GDP
OIL PRICE: BRENT BELOW $82, WTI BELOW $75