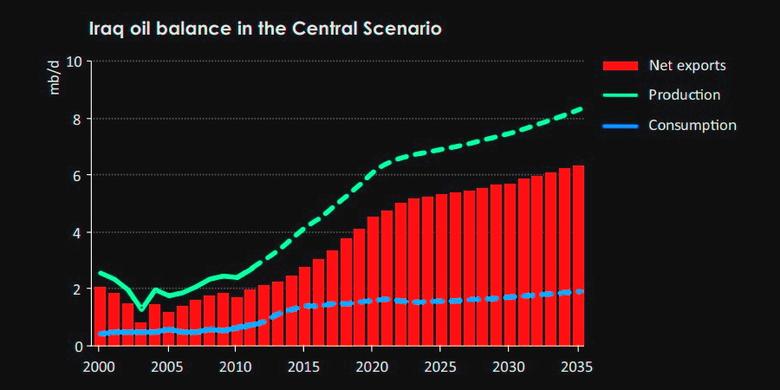 PLATTS - 03 Mar 2020 - Iraq's February crude exports jumped 5.6% from a month earlier as the semi-autonomous Kurdish region's exports rose by more than a third to the highest level since October 2017, according to shipping and official data obtained by S&P Global Platts.

Iraq's total exports, which include those of Kurdistan, reached 3.873 million b/d in February, up from 3.667 million b/d in January, according to the data issued by local shipping agents on Tuesday. The total figure is still lower than the all-time high export rate of 4.145 million b/d achieved in December 2018.

The ministry has yet to release official production figures for February.

The total included exports from the federal government of 3.391 million b/d, which is 3.3 % higher than January's figure thanks to higher exports from the southern terminals despite two days of bad weather in the Persian Gulf. The total also included 482,000 b/d of Kurdistan oil, which rose 33.5% from January to the highest level since October 2017.

Iraq, which exceeded last year its OPEC+ quota, is struggling to comply with its new production limit of 4.46 million b/d that started in January and will be implemented through March.

OPEC+, led by Saudi Arabia and Russia, is in the midst of trimming global output by 1.7 million b/d to soak up excess supply in the first quarter. The alliance is set to meet March 5-6 in Vienna as it mulls shaving another 600,000 b/d from its output due to an anticipated drop in crude demand from top oil importer China, where the outbreak of the deadly coronavirus has crimped economic growth.