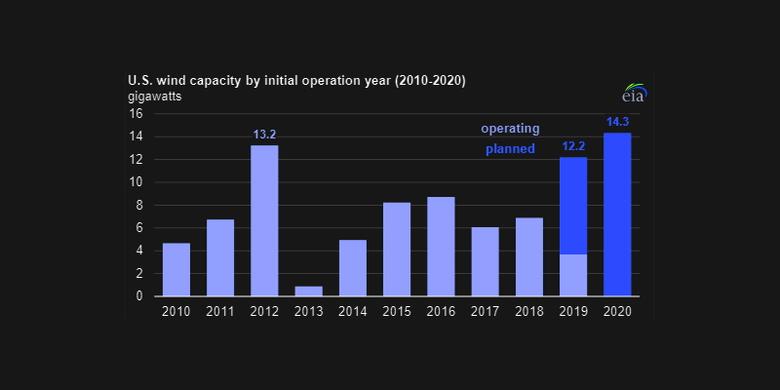 ENERGYCENTRAL - Wind Generation Surpassed Hydro in 2019 for the First Time

In 2019, U.S. annual wind generation exceeded hydroelectric generation for the first time, according to the U.S. Energy Information Administration (EIA).

Wind now ranks as the top renewable source of electricity generation in the country, a position previously held by hydroelectricity.

As of the end of 2019, the United States had 103 GW of wind capacity, nearly all of which (77%) was installed in the past decade. The United States has 80 GW of hydroelectric capacity, most of which has been operating for several decades. Roughly 2 GW of hydroelectric capacity has been added in the past decade, and some of those additions involved converting previously nonpowered dams.