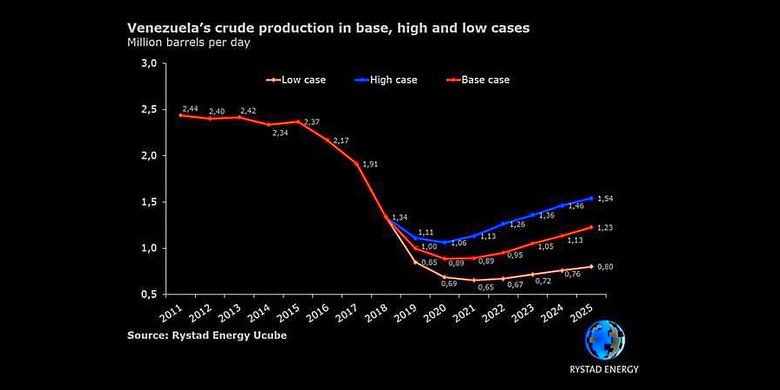 REUTERS - MARCH 2, 2020 - Venezuela's oil exports rose 9% in February from the previous month, as some buyers rushed to take cargoes ahead of the expiration of a wind-down period as part of new U.S. sanctions on PDVSA and its trade partners, data from the state-run firm and Refinitiv Eikon showed.

Washington imposed tough sanctions on PDVSA in 2019 and launched a strategy of "maximum pressure" this year to oust Venezuela's President, Nicolas Maduro, extending sanctions to PDVSA's main trade partner, Rosneft Trading, while making threats on other customers. Prior to sanctions, the United States was the biggest buyer of Venezuela's oil.

Exports increased to 1.046 million barrels per day (bpd) last month from 960,000 bpd in January, according to the data. The U.S. Treasury gave buyers of Venezuelan oil until the end of May to wind down purchases.

PDVSA and its joint ventures exported 31 cargoes of crude and fuel last month. The country's fuel imports decreased almost 8% in the same period to 163,000 bpd.

India was the largest direct destination for Venezuelan oil in February with some 234,000 bpd shipped to refineries there, followed by Cuba with about 100,000 bpd. Rosneft units Rosneft Trading and TNK Trading were the largest receivers, according to the data.

Singapore and some African nations, including Togo, served as ship-to-ship and storage hubs for Venezuela's oil to reach Asian refiners.

"Some customers asked for extra cargoes," a PDVSA executive said, explaining the increase in exports. PDVSA did not immediately reply to a request for comment.

The increase in exports is expected to be short-lived as some of PDVSA's largest customers, particularly India's Reliance Industries and Nayara Energy, have already planned to reduce imports of Venezuelan oil starting in April, so cargoes leaving PDVSA's ports that month can reach their destinations by mid-May before the wind-down expiration.

It was unclear if PDVSA's customers in Europe, including those who take Venezuelan crude as repayment for loans and dividends such as Spain's Repsol and Italy, would also reduce purchases.

U.S. Special Representative for Venezuela Elliott Abrams told Reuters last week that Washington would go after customers of Venezuelan oil, including in Asia, as well as intermediaries helping Caracas hide the origin of its oil.

"The President has made a decision to push harder on the Venezuelan oil sector and we're going to do it. And what we're telling people involved in this sector is that they should get out of it," Abrams said. 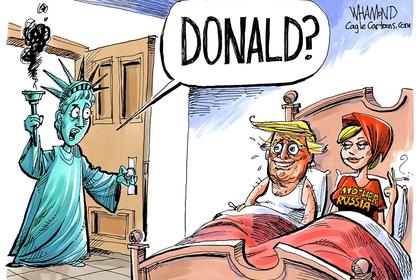 U.S. RUSSIA, VENEZUELA SANCTIONS FAILURE
TNK Trading International SA is scheduled to load 14.3 million barrels of Venezuelan crude in the first two months of 2020, compared with 5 million in all of 2019, according to shipping reports compiled by Bloomberg. That may offset any lost oil revenue for the Maduro administration, underscoring the difficulty of shutting Venezuela’s access to the global market.
English 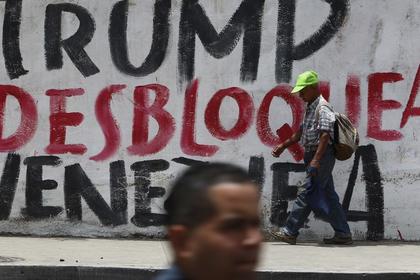 U.S., RUSSIA, VENEZUELA SANCTIONS UP
The US on Tuesday imposed sanctions on Rosneft Trading SA, the Geneva-based subsidiary of the Russian state oil company, for supporting Venezuela's oil sector by continuing to trade with sanctions-hit PDVSA
Русский | English 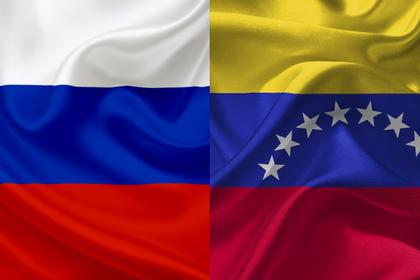